Jair Bolsonaro changes Minister of Health for the fourth time 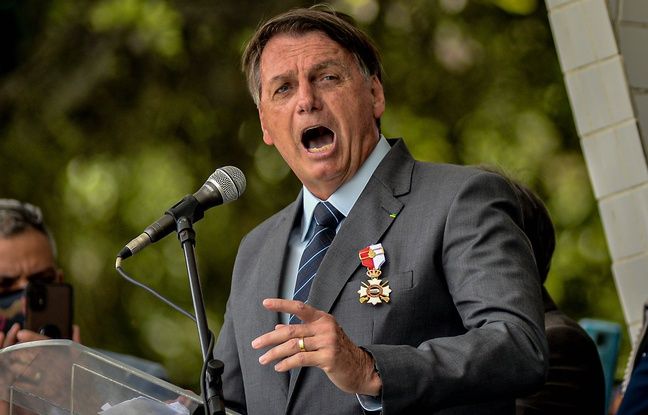 While the country is hard hit by a new wave of Covid-19, the President of Brazil, Jair Bolsonaro, said on Monday evening that he had decided to appoint his fourth Minister of Health since the start of the pandemic.

“I decided this evening to appoint Marcelo Queiroga Minister of Health”, replacing Eduardo Pazuello, declared the head of state during a brief meeting with his supporters at the presidential palace. The transition “should take two to three weeks,” he added.

Denial of the seriousness of the epidemic

General Eduardo Pazuello, devoid of any medical experience, had been appointed to this post by interim after the resignation in mid-May 2020 of oncologist Nelson Teich. The latter was dismissed less than a month after his appointment because of “incompatibilities” with the head of state. Eduardo Pazuello had earlier indicated at a press conference that the far-right president was seeking to replace him in order to “reorganize” the ministry.

The appointment of Marcelo Queiroga, president of the Brazilian Society of Cardiology (SBC), comes as the Bolsonaro government is the target of sharp criticism for its chaotic handling of the health crisis and its denial in the face of the gravity of the epidemic. In Brazil, the second country most bereaved by the pandemic, with nearly 280,000 dead, vaccination did not begin until mid-January, with only the AstraZeneca and CoronaVac vaccines, from the Chinese laboratory Sinovac. It continues at a slow pace due to lack of doses.

Some 9.8 million people received the first dose, or about 4.6% of the population, and 3.6 million only the second. Marcelo Queiroga “has everything I think it takes to do a good job, in the continuity of what Pazuello has done so far”, said Jair Bolsonaro after a meeting with his future minister.

“Pazuello has done a good job, its management has been good and from now on we are moving to a more aggressive phase in the fight against the virus,” he said again. Eduardo Pazuello announced on Monday that the government had purchased 100 million doses of the Pfizer-BioNTech vaccine, which should be delivered by September, and that in the second half of the year 38 million doses of the Janssen vaccine, from the pharmaceutical company, are expected to be delivered. American Johnson & Johnson.