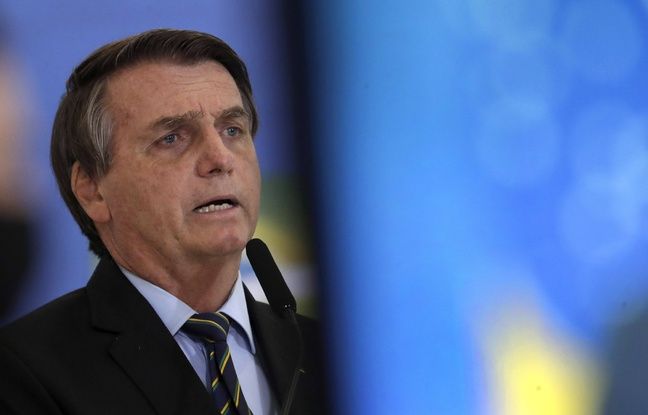 Brazilian President Jair Bolsonaro was ordered to compensate journalist Patricia Campos Mello for moral damage due to macho and degrading remarks against her, we learned from a judicial source on Saturday. According to the first instance judgment of a court in Sao Paulo to which AFP had access, the head of state will have to pay 20,000 reais (about 3,000 euros) to this journalist from the daily Folha De S. Paulo, one of the most respected in Brazil. He can still appeal against this conviction.

The magistrate in charge of the case ruled in her sentence dated March 16 that the far-right president had “damaged the honor of the complainant, causing moral damage”. The facts date back to February 2020, when Jair Bolsonaro insinuated that the journalist had tried to get the scoop against him in exchange for sexual favors with his source.

Patricia Campos Mello is the author of investigative articles on an organization that spread fake news via WhatsApp messaging against the Workers’ Party (PT, left) during the 2018 presidential campaign, ultimately won by Jair Bolsonaro.

On January 21, she had already obtained a legal victory against the family of the Brazilian president, with the conviction of one of her sons, the deputy Eduardo Bolsonaro, to a fine of 30,000 reais, also for non-pecuniary damage. He claimed in May 2020 on YouTube that the journalist had “tried to seduce” an employee of a digital marketing company to obtain information for his investigation into disinformation in the 2018 election.

A report by the National Federation of Journalists of Brazil (Fenaj) dating from the end of January identified in 2020 no less than 428 attacks on press freedom in this country, between physical, verbal and intimidation attacks, twice as many as in 2019. According to this report, President Bolsonaro is directly linked to 40% of these attacks.

Paris without Messi, Neymar or Verratti against Clermont… but with Mbappé and Donnarumma?