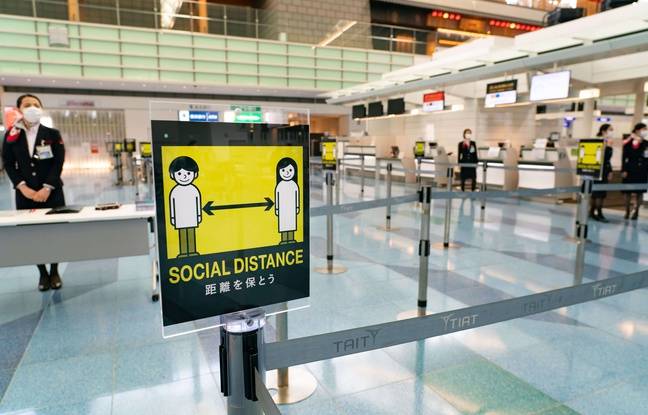 Japan will put an end to all new arrivals of non-resident foreigners on its territory from Monday until the end of January, authorities said on Saturday as the country reported its first cases of contamination with the new strain of the coronavirus .

Japan is currently restricting the entry of foreigners from most countries over fear of the virus, requiring all visitors to undergo a quarantine upon arrival. Tokyo now plans to tighten those requirements: Japanese travelers and foreign residents from countries where the new strain of the virus has been reported will have to undergo testing within 72 hours of departure and again upon arrival at Japanese airports.

The country will also tighten quarantine requirements for all travelers returning to Japan.

Citing the government, Jiji Press and Kyodo said the measure was part of efforts to prevent the spread of a new variant of the coronavirus, which is believed to be up to 70% more infectious.

Foreign visitors with visas will be allowed entry, Kyodo said, with the exception of those who have visited the UK or South Africa – two of the countries where the strain has been detected – in both weeks following their application for an entry permit.

Japan’s health ministry said on Friday that five people, all from Britain, had been infected with the new strain.

Tokyo reported a record 949 new infections in 24 hours on Saturday, while the country recently passed the 3,000 daily case mark.