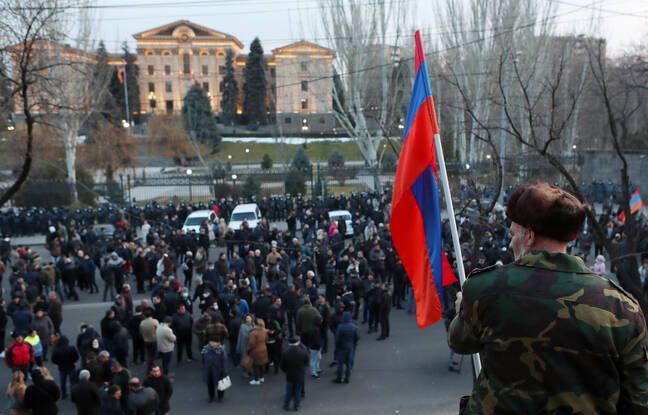 Calls for calm are increasing. On Friday, French Foreign Minister Jean-Yves Le Drian called on supporters of Armenian Prime Minister Nikol Pachinian and the opposition to “dialogue” to preserve “democracy” in this country shaken by a political crisis after the defeat of Armenia against Azerbaijan in the Nagorno Karabakh conflict.

“France hopes that dialogue can be established in this country by relying on the legitimacy of the president (Armen Sarkissian) and the Prime Minister (…) The elements of Armenian democracy must hold out,” he said. he declared at a joint press conference with his Ukrainian counterpart Dmytro Kuleba.

“The elements of Armenian democracy must hold out,” insisted the head of French diplomacy, worrying about the “risk of violence” in this country in view of the demonstrations that took place on Thursday. “We are very attached to Armenian democracy, to the stability of this country which has deep democratic springs,” said Jean-Yves Le Drian.

The Prime Minister, weakened since the military defeat of his country against Azerbaijan in the fall of 2020 in the Nagorno Karabakh conflict, denounced on Thursday an attempted coup after a statement from the general staff asking the resignation of the government.

He led a march of sympathizers of 20,000 people in the center of the capital, Yerevan, the opposition bringing together at least 10,000 people in front of the Parliament. Several hundred opposition supporters camped outside the Armenian parliament on Friday to demand the resignation of Nikol Pachinian.