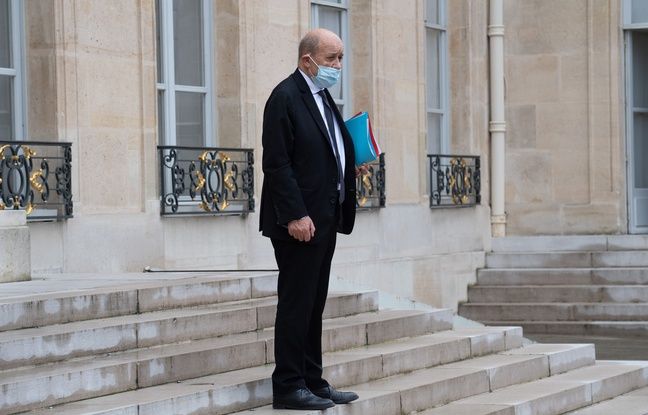 Paris expects “actions” from Turkey ahead of the December European Council which will address the issue of new sanctions against Ankara, French Foreign Minister Jean-Yves Le Drian said on Sunday. “It is not enough that for two or three days, we have seen soothing statements from the president (Recep Tayyip) Erdogan, we need acts”, he stressed in the program. The Grand Jury RTL /Le Figaro/ LCI, while the Turkish leader on Saturday called on the European Union for dialogue.

Among these expected acts, “there are some which are easy to do in the Eastern Mediterranean, in Libya, there are also which are easy to do in Nagorno-Karabakh,” he said. “We have a lot of disagreements” with Ankara, recalled the head of French diplomacy, citing Ankara’s “expansionist will”, a “de facto policy” in Libya, Iraq and the eastern Mediterranean, “where they in fact attack two member countries of the European Union, Greece and Cyprus ”, or“ in Nagorno-Karabakh, where they also send Syrian mercenaries ”.

“The European Union announced in October that it would check Turkey’s position on these various subjects at the time of the December European Council, in a few days. This is when we will check the commitments, ”he concluded. Turkey extended the Oruc Reis mission on Saturday until November 29, in a maritime area that it disputes with Greece, the discovery of vast gas fields whetting appetites. The presence of this ship has for several months raised tensions with the EU, which this month renewed sanctions against Ankara for one year and plans to tighten them.

On Saturday, in a speech at the congress of his party, the AKP, Recep Tayyip Erdogan declared that he wished “a stronger cooperation with our European friends and allies”. “We don’t see ourselves anywhere other than in Europe. We plan to build our future together with Europe, ”assured the Islamo-conservative leader.