Joe Biden accuses Vladimir Putin of being “a killer” 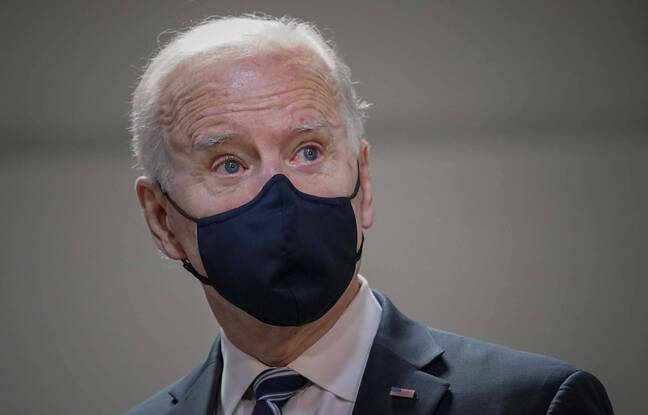 Joe Biden said he thought his Russian counterpart Vladimir Putin was “a killer”, and promised he would pay “the price”, immediately sparking outrage in Moscow. “Do you think he’s a killer? “The question from George Stephanopoulos, star journalist of the American channel ABC, is direct, and the response of the President of the United States leaves no room for doubt:” Yes “, he agreed in this interview broadcast this Wednesday.

He did not say whether he was thinking of the poisoning of Russian opponent Alexei Navalny in August, blamed by the United States on Russia. The opponent was imprisoned on his return to Russia after five months of convalescence in Germany, and Washington is demanding his release. In a first reaction from a high-ranking Russian official, the president of the lower house of Parliament and close to Vladimir Poutine denounced “hysteria due to impotence”.

The end of the Trump era benevolence

“Putin is our president and an attack on him is an attack on our country,” Vyacheslav Volodin wrote on his Telegram account. “With his statements, Biden has insulted the citizens of our country,” added the man who was number 2 in the Russian presidential administration between 2011 and 2016. President Biden has shown since his arrival at the White House in January a great firmness in towards the master of the Kremlin, as opposed to the benevolence often criticized for his predecessor Donald Trump even in his Republican camp.

Washington has already sanctioned at the beginning of March seven senior Russian officials in response to the poisoning of the opponent Alexeï Navalny, for which the American intelligence services attribute the responsibility to Moscow. US intelligence is also investigating various other facts that the US has openly suspected in Russia, including a recent giant cyberattack and the payment of bounties to the Taliban to kill US soldiers in Afghanistan.

“We had a long conversation, him and I, I know him pretty well”

In a brand new report, the American authorities have also accused “actors linked to the Russian government” of new electoral interference in 2020, after that of 2016. Vladimir Putin “will pay the consequences”, also said Joe Biden about these interferences. “We had a long conversation him and I, I know him quite well,” said the Democratic leader. “At the beginning of the conversation, I said to him: I know you and you know me, if I come to the conclusion that you did this, be prepared” for the consequences, he reported, without specifying. what he was referring to exactly.

However, he reaffirmed that he wanted to be able to “work” with the Russians “when it is in our common interest”, like the extension of the New Start nuclear disarmament agreement decided shortly after coming to power. Russia also denounced accusations of electoral interference on Wednesday. “This report is incorrect, completely unfounded and without evidence,” Kremlin spokesman Dmitry Peskov told reporters.