Joe Biden and Barack Obama worry about violence against Asians 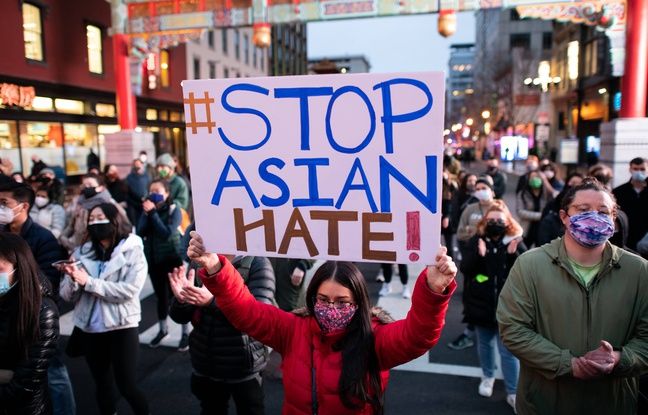 The numbers are relentless. Of the eight murders for which the Atlanta gunman was charged on Wednesday, six victims were Asian women. Although Robert Aaron Long has denied any “racist” motive and that the police believe it is too early to speak of “hate crime”, many political voices have linked the attack to the increase in violent acts targeting the Asian community since the start of the coronavirus pandemic. On Wednesday, several marches against “anti-Asian hatred” were organized in the United States, from Washington to Atlanta.

“I know Asian Americans are very worried because, as you know, I’ve been talking about violence against Asian Americans for the past few months,” Joe Biden said. “I think it is very, very worrying,” he added, adding that the reason for the shootings remained “to be determined”.

“The identity of the victims illustrates a worrying increase in violence against Asians which must end,” tweeted former Democratic President Barack Obama. These shootings “are brutal and vile acts, which exacerbate the fear and pain that Asian Americans face every day,” added the Democratic leader of the House of Representatives, Nancy Pelosi.

Nearly 70% of people of Asian origin interviewed by Stop AAPI Hate have been victims of verbal harassment and 10% physically assaulted between March 2020 and February 2021, according to a report by this association published on Tuesday.

Although it is sometimes difficult to establish the xenophobic motive for an attack, the number of such crimes nearly tripled from 49 to 122 last year in the 16 largest American cities, according to a study by the United States. Center for the Study of Hate and Extremism. According to anti-racist activists, resentment was fueled by the speech by former President Donald Trump, who often referred to the coronavirus as a “Chinese virus”.

Robert Aaron Long, a 21-year-old American, assured authorities that his attacks had no “racist motive”. According to investigators, the suspect, who grew up in a very religious environment, spoke of his “sex addiction” and his desire to target “places of temptation”. Facebook confirmed to have taken their Instagram profile offline, which listed in their bio: “guns, family and God.”