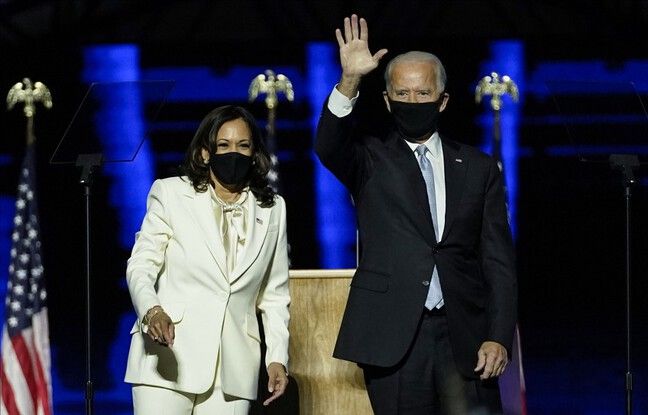 It is a real consecration. US President-elect Joe Biden and Vice President-elect Kamala Harris were named the magazine’s “People of the Year” on Thursday. Time, after their victory over Donald Trump.

Joe Biden, who is to be inaugurated 46th President of the United States on January 20, and Kamala Harris, were chosen before three other finalists – Donald Trump, the movement against racial inequalities sparked by the death of George Floyd at the end of May in Minneapolis, on Doctor Anthony Fauci and the caregivers most exposed to the coronavirus.

“Changing the history of America”

The magazine’s cover features an image of Joe Biden, 78, and Kamala Harris, 56, with the headline, “Changing America’s History.” “To change the history of America, to show that the forces of empathy are greater than those of division, to offer a vision of healing in a grieving world, Joe Biden and Kamala Harris are for Time the Personalities of the Year 2020 ”, explained the magazine.

This is only the 10th time in US history that a presidential candidate has successfully defeated an incumbent president, the magazine said. Even though Donald Trump continues to refuse to recognize the victory of the former vice-president of Barack Obama, Joe Biden has, with some 81 million votes in total, gained some seven million votes more than the ex-tycoon of real estate. Donald Trump, who was “Personality of the Year in 2016”, did not immediately react to the award of this distinction to his rival. Many expect him to be furious.

Some critics appeared Thursday evening on social networks, believing that the “essential workers” most exposed to the pandemic should have been selected by the magazine rather than Joe Biden. These workers – caregivers, delivery men, supermarket or transport employees, etc. – were named personalities of the year by the readers of Time, but the management of the magazine did not retain them for its final choice.

While the magazine has often named an American President as Personality of the Year, at one point or another during his tenure, this is the first time that a Vice President or elected Vice President has been associated with this honor. In an interview with Time, Kamala Harris, daughter of a Jamaican father and an Indian mother, estimated that the new Biden government would have, in addition to the pandemic and the deep economic crisis it has generated, to work for “racial justice”, which is “too late”.