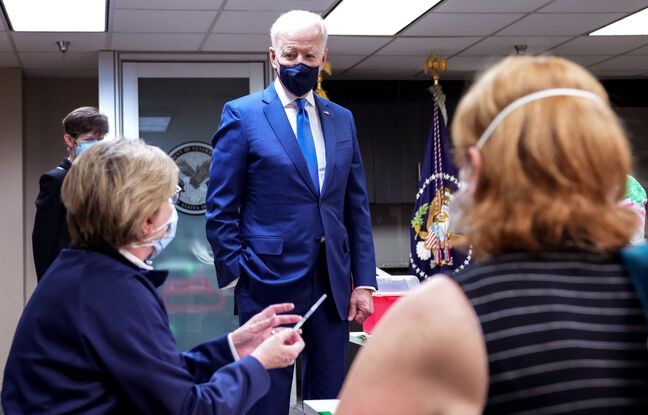 “We are way ahead of our schedule, but there is still a long way to go,” he added. Now is the time for optimism, but we must not relax. “

2.4 million doses per day on average

The rate of vaccination in the United States has accelerated dramatically in recent weeks. It is currently 2.4 million doses per day on average, down from just under a million when the Democrat took office on January 20.

In this context, it seems realistic to consider a doubling of the initial objective, that is to say 200 million vaccinations during the first 100 days of Biden’s mandate. As soon as he came to power, some Republicans had joked about Joe Biden’s goal, considered too weak.

According to the U.S. Centers for Disease Prevention and Control (CDC), nearly 30% of Americans over 18 have received at least one dose. This figure rises to over 65% for Americans 65 and over.

Three vaccines are now authorized in the United States: that of Johnson & Johnson (only one dose needed per person) and those of the Pfizer / BioNTech alliance and Moderna (two doses).

The United States has already placed sufficient orders to receive by the end of May enough doses to immunize all American adults.