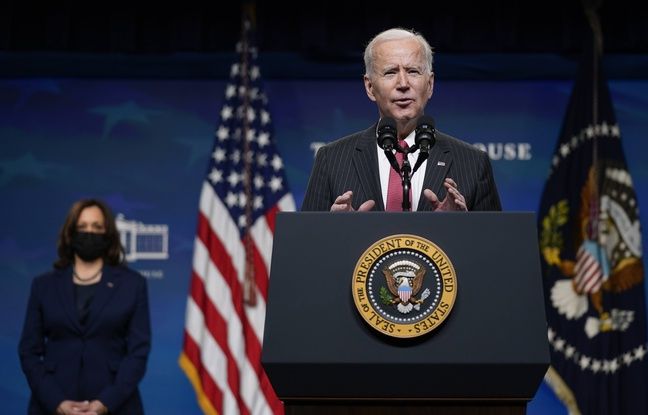 US President Joe Biden announced on Wednesday that the United States would take sanctions against the generals who overthrew the civilian government of Aung San Suu Kyi, once again calling for the “immediate” release of the “Lady of Yangon”.

I’m delivering remarks on our Administration’s response to the coup in Burma. Tune in. https://t.co/GV9xYrUcNV

“I approved a decree allowing us to immediately sanction the military officials who organized this coup, their financial interests as well as their close families,” Joe Biden said in a brief speech.

“We are going to identify a first set of targets this week,” he said, announcing the freezing of American assets “which benefit the Burmese government”, while maintaining American aid in the field of health and all ” which directly benefits the Burmese people ”.

“Today, I call once again on the Burmese army to immediately release all democratically elected political leaders, including Aung San Suu Kyi,” he continued. “The army must give back power (…) and respect the will of the people”, he insisted.

On Wednesday, tens of thousands of Burmese took to the streets for the fifth consecutive day, the day after an army night raid on Aung San Suu Kyi’s party headquarters.

A demonstration bringing together several thousand people also took place in Naypyidaw, the administrative capital of Burma, in the center of the country. In the town of Loikaw, in eastern Kayah state, police joined the protest, according to local media.

The protests took place in peace, as the day before the crackdown had escalated with the use by the police of rubber bullets and water cannons in Naypyidaw and Mandalay (center) against demonstrators.

The UN Special Rapporteur for Burma, Tom Andrews, condemned the use of force, and assured that police had shot a young woman in Naypyidaw, injuring her. The images of this action were widely shared on social networks