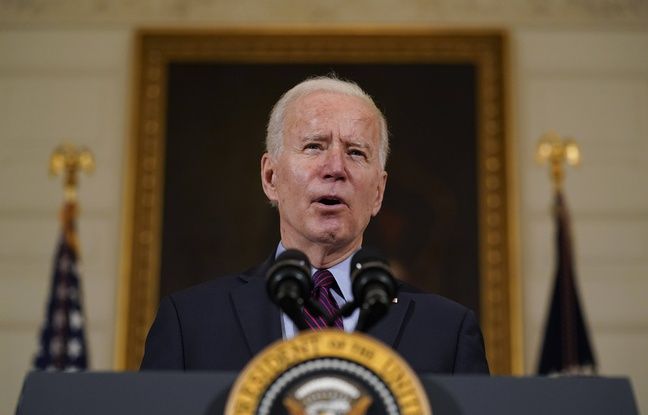 The Democratic president fears the “unpredictable” behavior of his predecessor. Joe Biden then ruled that Donald Trump should no longer receive confidential information communicated by American intelligence agencies, as is usually the case for former presidents of the United States.

“I think he doesn’t need to receive the intelligence briefings. What sense does it make to give him an intelligence briefing? What impact does he still have, beyond the fact that he might slip up and say something? “Said the new Democratic president in an interview with CBS.

The violence at the Capitol cited as an example

Joe Biden justified his position by the “unpredictable behavior” of the Republican billionaire, citing the “insurgency” of January 6. Supporters of Donald Trump then invaded the Capitol in Washington, after attending one of his vehement speeches to challenge his defeat in the November 3 ballot. The violence, which took place just as Congress was to certify Joe Biden’s victory, caused five deaths.

Former presidents have traditionally had access to these intelligence briefs, but some critics have voiced fears about Donald Trump, worrying that he may not reveal information important to the country’s security.

Donald Trump will be tried in the Senate from Tuesday for “incitement to insurgency”, after being indicted in January by the House of Representatives, with a Democratic majority, as part of an impeachment procedure. He risks ineligibility if he is condemned by the senators.