Joe Biden considers the United States to have “fulfilled the target” 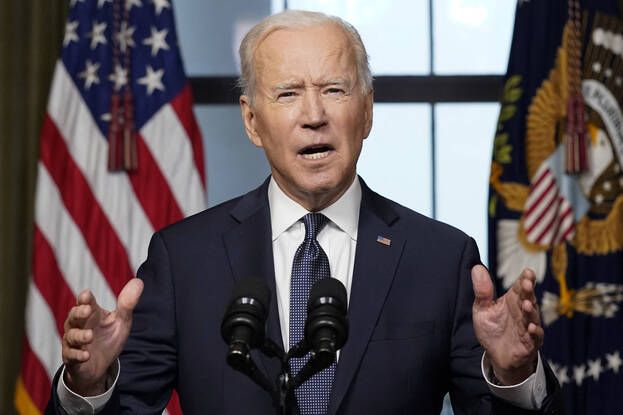 Claiming to have “fulfilled the objective” in Afghanistan, President Joe Biden promised that the departure of American troops by September 11 would not be “rushed”, and urged the Taliban to keep “their commitment” not to threaten United States.

“I think our presence in Afghanistan should be focused on why we went there in the first place: to make sure that Afghanistan does not serve as a base to attack our country again. That’s what we did. We have achieved this goal, ”said the Democratic president.

Start of withdrawal on May 1

“The United States will begin their final withdrawal on May 1,” but “will not leave in a hurry,” continued Joe Biden, whose decision had been announced the day before by his team. “American troops as well as the forces deployed by our NATO allies” will “have left Afghanistan before the 20th anniversary of these heinous attacks of September 11,” he added.

“We will hold the Taliban accountable for their commitment not to allow any terrorist to threaten the United States or its allies from Afghan soil,” the 46th president of the United States said, asking Pakistan, China, Russia, India and Turkey to “support” Afghanistan.

To end the United States’ longest war, in which more than 2,000 Americans and tens of thousands of Afghans were killed, the Trump administration concluded in February 2020 in Doha, Qatar, a historic agreement with the Taliban. It provided for the withdrawal of all American and foreign forces before May 1, on condition that the insurgents in the future prevent any terrorist group from operating from the Afghan territories they control.

“We do not believe that the maintenance of an indefinite military presence in Afghanistan is in our interest, neither in that of the United States, nor in that of NATO and our allies”, explained the head of the American diplomacy Antony Blinken during a press conference at Alliance headquarters with Secretary of Defense Lloyd Austin and NATO boss Jens Stoltenberg.

The allies gave their support to the American decision during a videoconference which brought together the foreign ministers and the defense ministers of NATO member countries. Their statement does not mention the date of September 11 for the end of the withdrawal announced by Joe Biden.