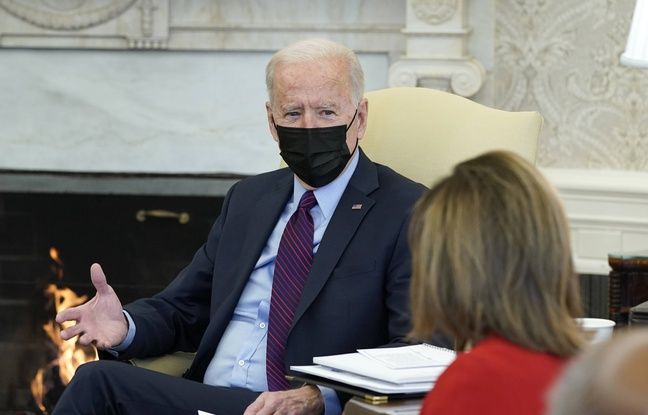 United States President Joe Biden launched a series of “conversations” with ordinary Americans on Saturday, calling a woman who has lost her job due to the pandemic. “Today, the White House is launching a new action so that the president communicates directly, on a regular basis, with the Americans,” announced his services, highlighting the “direct” contact of the new president with his fellow citizens.

Covid-19 requires, these conversations have so far taken the form of a phone call from the Oval Office to Michele, a mother from Roseville, California, who lost her job at a start-up due to the economic crisis caused by the pandemic.

Millions of Americans like Michele have been laid off due to COVID and are in need of direct relief. She wrote a letter to President Biden to share her story. He called to check in. pic.twitter.com/mBuhmWltml

“As my father always said, a job is much more than a salary”

This woman wrote to Joe Biden to tell him about this “difficult time” and the search for a new job. “As my father always said, a job is much more than a salary. It’s a question of dignity, respect, place in society, ”the 78-year-old president told him on the phone, according to a video posted on Saturday by the White House.

The Democrat took the opportunity to promote to her the $ 1.9 trillion stimulus plan that her camp is preparing to adopt in Congress, despite the lack of support from Republicans, as well as the vaccination campaign massive he promised. “We’re so glad you’re taking care of this,” Michele, whose last name has not been released, replied, while announcing that her own parents had just had an appointment to be vaccinated against the. coronavirus.

Mark the break with Donald Trump

With these sequences of communication, Joe Biden wants to showcase his empathy and mark the break with his predecessor Donald Trump, accused by his detractors of being uninterested in the fate of the millions of Americans affected by the health and economic crisis.

The phone calls from the 46th President of the United States are intended as a modern avatar, in the age of social networks, radio talks by the fireside unveiled by his distant predecessor Franklin Delano Roosevelt in the 1930s to invite himself into the American homes. Donald Trump had only sporadically taken up this tradition, in the form of videos recorded and posted on Facebook.