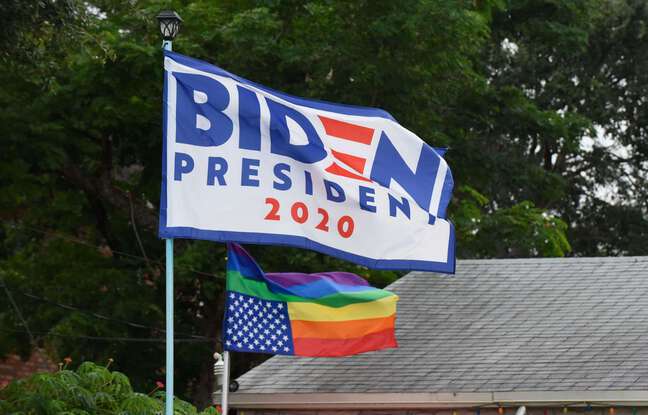 Joe Biden, who has promised a foreign policy that carries America’s “democratic values”, has made defending the rights of sexual minorities around the world a priority, more than any other president of the United States before him, and out of step with Donald Trump. The Democrat relaunched an initiative taken in 2011 by Barack Obama to “promote the human rights of lesbian, gay, bisexual, transgender, queer and intersex (LGBTQI) people around the world.”

In his first foreign policy speech, President Biden on Thursday called on US agencies operating abroad to present an action plan within 180 days to make it a strong focus of their interventions. “All human beings must be treated with respect and dignity and must be able to live without fear, no matter who they are and who they love,” he wrote in a presidential memorandum released the same day.

LGBT activists welcome this turning point. “For President Biden to publish this very comprehensive presidential memorandum so early in his term, it clearly shows that this is a political priority for him,” said Jessica Stern of the pressure group OutRight Action International. She says she hopes the American state, like several European countries, will increase its funding for non-governmental organizations. But she warns that American support, to obtain results on the ground, will sometimes have to be discreet.

“One of the most effective and consistent ways to discredit LGBTQI people and our movement is to accuse them of being products of the West and of a form of colonization, pointing to funding from foreign donors,” says on guard Jessica Stern. “Our watchword is always to listen to the activists on the ground and to work with them on these subjects to get their opinion on how to move forward,” replied the senior State Department official, promising an approach to the case by case.

The lessons of the Obama years can be of use to the Biden administration. The ex-Democratic president had cut aid or canceled preferential trade status for Uganda and The Gambia in response to laws punishing homosexuality with prison terms. But this hard line had also pushed other countries, like Nigeria, to pass their own draconian laws. However, progress is noticeable, albeit slow. Same-sex relationships are now legal in nearly two-thirds of countries, and 28 of them allow same-sex marriage, according to the International Lesbian, Gay, Bisexual, Trans and Intersex Association.