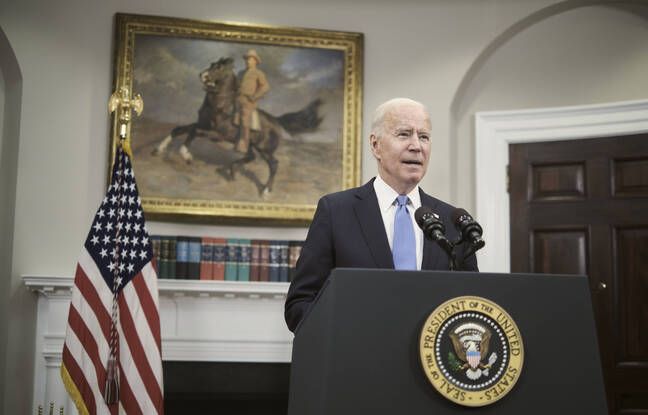 International diplomacy continues to try to calm the escalation of violence in Israel and Gaza. Joe Biden spoke on Saturday with Israeli Prime Minister Benyamin Netanyahu to tell him his “great concern”. The tenant of the White House also spoke with Palestinian President Mahmoud Abbas telling him that Hamas should “stop firing rockets”.

The US president had already spoken with Benjamin Netanyahu on Wednesday, but this is his first telephone interview with the head of the Palestinian Authority since arriving at the White House.

In these talks, Joe Biden appeared to lean in favor of Israel. He thus reaffirmed to Netanyahu his “strong support for Israel’s right to defend itself against” these attacks carried out by the Islamist movement “and other terrorist groups in Gaza,” according to a statement from the US executive. The president also “condemned these indiscriminate attacks on cities across Israel.” Benjamin Netanyahu appeared on television late Saturday evening, claiming to have “unequivocal” support from Joe Biden.

The Israeli prime minister, however, was not completely spared from the blame. Joe Biden thus told him of his concern about “the safety of journalists” after an Israeli strike destroyed a building housing the premises of the US agency AP in Gaza. The Democratic president also “expressed his great concern about the violence between communities in Israel. He welcomed the statements by the Prime Minister and other leaders opposing such hateful actions ”. Joe Biden also “noted that this current phase of the conflict has tragically claimed the lives of Israeli and Palestinian civilians, including children.”

To Mahmoud Abbas, the American president repeated “the American commitment to strengthen the partnership” with the Palestinians, seriously damaged under the mandate of Donald Trump. Joe Biden thus “expressed his support for measures to allow the Palestinian people to enjoy the dignity, security, freedom and economic opportunities they deserve.” He recalled the resumption in April of US aid to the Palestinians, interrupted under the Trump presidency. A “negotiated two-state solution” is “the best way to achieve a just and lasting resolution of the Israeli-Palestinian conflict,” added the US president.

Behind the scenes, diplomatic negotiations are intensifying with a virtual meeting of the Security Council scheduled for Sunday. That same day, a senior US State Department official, Hady Amr, is due to meet with Israeli leaders in Jerusalem and travel to the occupied West Bank for talks with Palestinian officials.