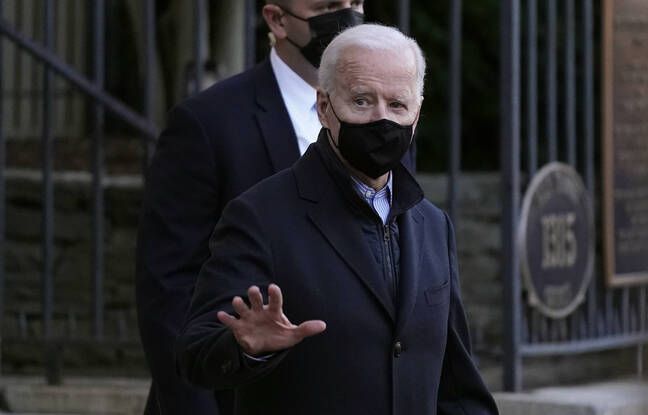 Joe Biden has taken a decisive step in putting in place measures to revive the US economy hit by the coronavirus pandemic. After hours of debates, frenzied negotiations and a marathon vote on numerous amendments, the US Senate finally approved the $ 1.9 trillion plan wanted by the tenant of the White House on Saturday.

The bill was passed only by the votes of Democratic senators, by 50 votes to 49. Democratic leader in the House of Representatives, Steny Hoyer, indicated that the text would be considered by the lower house on Tuesday, before one last vote. In the majority, Democrats are expected to approve it quickly so that Joe Biden can enact it by March 14, before the scheduled suspension of unemployment benefit payments.

The American president welcomed the vote in the Senate of a plan which the United States “desperately needs”, according to him, to emerge from the economic crisis. “We have made a giant leap” to come to the aid of the Americans, declared from the White House, the head of state, who had made this massive support plan one of his campaign promises.

“This law will give more aid to more people than anything the federal government has done in decades,” Democrat Leader Chuck Schumer said just before the final vote. Republican Minority Leader Mitch McConnell countered that never before has Congress spent so much money “so inconsistently or after such a loose process.”

The debates had been paralyzed for more than nine hours Friday by the opposition of a conservative Democratic senator to a new provision on unemployment benefits. It was only after a call from Joe Biden and concessions that this senator, Joe Manchin, finally gave his support to a new amendment, which provides for the extension of allowances of $ 300 per week until the beginning of September, instead of the end of September as initially planned. This compromise underlines the immense power of a handful of moderates in this Senate without a comfortable majority. With their 50 senators, against 50 Republicans, the Democrats can count on the vote of Vice President Kamala Harris in the event of a tie in the upper house but can not afford any defection.

The stimulus plan includes checks of $ 1,400 for millions of Americans, as well as $ 350 billion in aid to states and local communities. It also includes billions of dollars to fight the pandemic, including 49 billion for screening and research, in addition to 14 billion for the distribution of the vaccine.