Joe Biden thanks American voters for giving him a “convincing victory” … 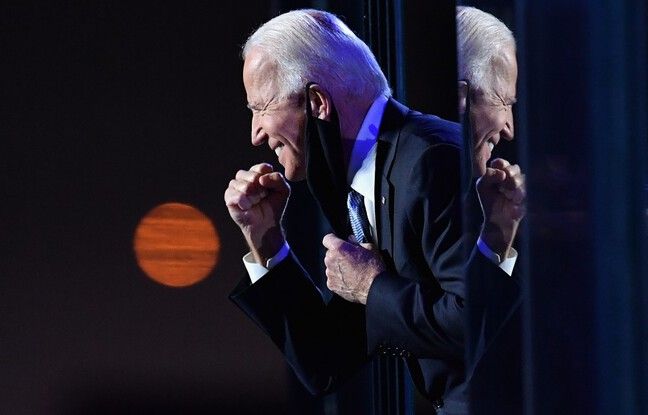 Joe Biden on Saturday thanked American voters for giving him a “convincing victory” and pledged to be “a president who unites, not who divides.” The Democrat, who beat Donald Trump after a very acrimonious campaign, called on Americans to no longer treat their “opponents as enemies”.

It is “time to heal America”, he launched in front of hundreds of partisans gathered in his stronghold of Wilmington, in the State of Delaware. “Let’s see, let’s talk, let’s give ourselves a chance”, he insisted in this victory speech with fiery accents. “I campaigned to restore the soul of America, to rebuild the backbone of this nation, the middle class, and to make America respect again in the world,” said the president-elect.

Without a word for his opponent, the former vice-president of Barack Obama said he understood the “disappointment” of the voters of Donald Trump, who refuses to admit his defeat. “Myself, I lost elections, but (…) it is time to put aside the abrasive rhetoric, to lower the temperature,” he declared. “I will work as hard for those who did not vote for me, as for those who chose me”, again promised this old politician, aged 77.