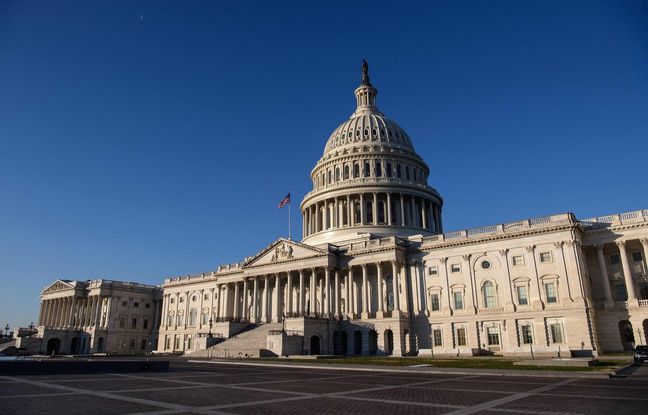 The US House of Representatives on Saturday approved the vast stimulus package of 1.9 trillion dollars wanted by Joe Biden thanks to the votes of the Democrats alone. This is a crucial first step before its consideration in the Senate where the increase in the minimum wage should be abandoned.

Time is running out to support the world’s largest economy, hit hard by the Covid-19 pandemic. And the new Democratic president initially wanted to see his “American rescue plan” adopted in early February. Faced with the delay, he urged Congress this week to “move quickly”.

“The text is approved”

After hours of debate, the bill was adopted overnight in the lower house by 219 votes, all Democrats, against 212 (including two Democrats), the Republicans denouncing measures too expensive and poorly targeted. “The text is approved,” said Democratic House Speaker Nancy Pelosi shortly after two in the morning, to applause from her group.

The text will be sent to the Senate next week, where the measure providing for an increase in the minimum income – up to $ 15 per hour, by 2025 – should be withdrawn. Confident, the Democrats are counting on their tiny majority in the upper house so that it in turn is approved.

The final version of the text will then return to the House, where the Democratic leaders said Friday they had enough votes for the stimulus plan to be adopted definitively, with or without an increase in the minimum wage. “We must approve this plan before March 14,” when the payment of prolonged unemployment benefits in a previous aid plan will cease, warned majority leader Steny Hoyer.

“After a year of pandemic and economic crisis, Americans need to know that their government is acting for them. And that as President Biden said: “help is coming”, “Nancy Pelosi said before the vote. “If we do not implement this aid plan, the results could be catastrophic,” she added.

Opposite, the Republicans denounced a titanic plan which does “nothing but throw money down the drain”. “But will it help people get back to work?” No ”, accused the leader of the Republican minority, Kevin McCarthy. “Democrats are so ashamed of all the waste of money unrelated to Covid in this text that they are passing it through in the middle of the night,” he continued.

In detail, the Biden plan provides for several tens of billions of dollars for the acceleration of the pace of vaccinations and the deployment of tests, but also $ 130 billion to help schools and high schools to reopen despite the pandemic. New aid checks in the amount of $ 1,400 are expected to be sent to Americans, depending on their income level, and the length of unemployment benefits extended until September 30, 2021.