John Kerry positions himself in favor of “enhanced” EU-US cooperation 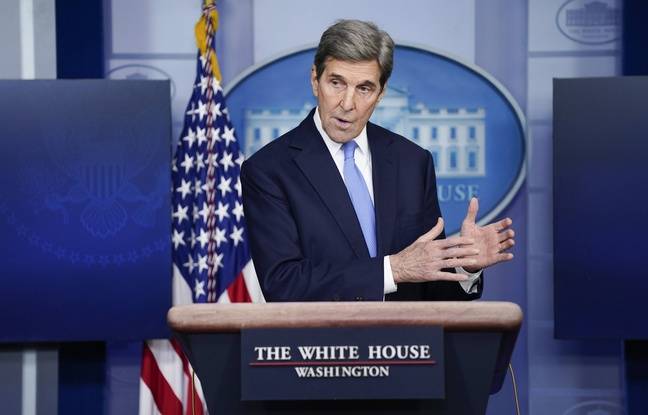 The American envoy for the climate John Kerry, pleaded this Tuesday in Brussels for a “reinforced” cooperation between his country and the European Union in the fight against climate change, stressing that it was “the moment” to act .

“We are facing an unprecedented crisis,” recalled the former secretary of state. The fight against climate change has been made a priority by the administration of President Joe Biden, which brought Washington back to the Paris agreement after the Trump era. “I come here to renew the dialogue with our friends in Europe about our climate cooperation, which has been extraordinary in the preparation of (the) Paris agreement. It will have to be further strengthened, ”said the Democratic official, who is making his first visit to Brussels since the new administration took office.

At his side, the vice-president of the Commission in charge of the climate, Frans Timmermans, welcomed the return of the largest economy in the world in the Paris agreement, almost four years after the announcement by Donald Trump of the withdrawal from his country.

The agreement signed in 2015 in Paris aims to limit warming below 2 ° C and 1.5 ° C if possible compared to levels prior to the industrial revolution. “We will work hand in hand to make Glasgow (the UN climate conference scheduled for November in this Scottish city) a success,” said the Dutchman.

“I am convinced that when the United States and Europe work together, we can move mountains and ensure a climate in which our children and grandchildren can live,” he added. John Kerry attended the weekly meeting of European Commissioners. The EU pledged in December to raise its greenhouse gas reduction target, targeting a net reduction in its emissions of “at least 55%” by 2030 compared to 1990 levels, against -40% previously, in order to achieve carbon neutrality in 2050.