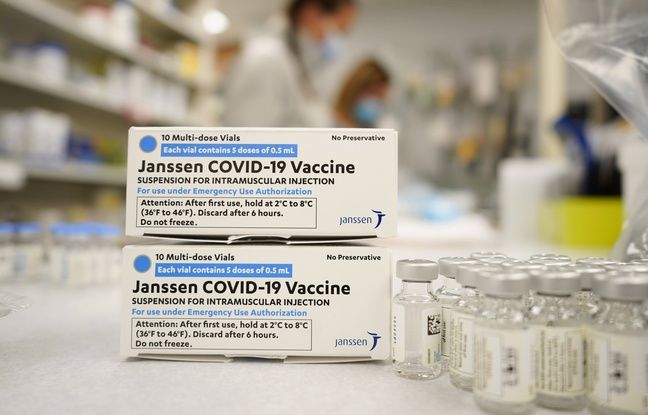 Americans will have to wait a little longer before they can use Johnson & Johnson’s Covid-19 vaccine again. The United States has decided to take an additional break of at least one break in the administration of the Janssen vaccine. A group of experts gathered on Wednesday considered that they needed more time to assess the possible links of this product with the formation of serious blood clots.

Experts met at the behest of the U.S. Centers for Disease Control and Prevention (CDC), America’s leading public health agency, after six cases of women were discovered, one of whom has died, having developed severe cases of blood clots blood after their injection, in the United States. A seventh problematic case, that of a 28-year-old woman, was raised during the meeting. Johnson & Johnson’s vaccine has already been given to 7.5 million people nationwide.

Experts could have decided to restrict the vaccine to parts of the population, but most said they needed to study more data before making a decision.

A majority decision but not unanimous

According to experts, this decision is only a precautionary measure and not a final setting aside, which would not speak its name, of the vaccine. “I don’t want anyone to suggest that there is something fundamentally wrong with this vaccine,” said Beth Bell, chair of the expert panel. “But I want to be able to understand and defend the decision I made based on a reasonable amount of data,” she added.

Some members of the group, however, spoke out against keeping the hiatus, fearing it might have a stronger impact on vulnerable groups, who are easier to reach with this single-dose vaccine that can be stored in refrigerators. But the majority believed that given the severity of blood clots, which can have devastating neurological consequences even when not fatal, further study was needed.

According to presentations to the group, the first six cases identified were all in women with no history of blood clots, and one was taking estrogen / progesterone oral contraceptive treatment. The deceased woman was 45, and three of the women also had blood clots outside her brain. Even though the link to the vaccine has not been shown, scientists consider it to be the “probable cause” of this phenomenon.

The date of the next expert meeting has not been set, but is expected to take place within seven to ten days. In the meantime, US officials have stressed that they have enough Moderna and Pfizer vaccines to meet the needs of the adult population by the end of July.