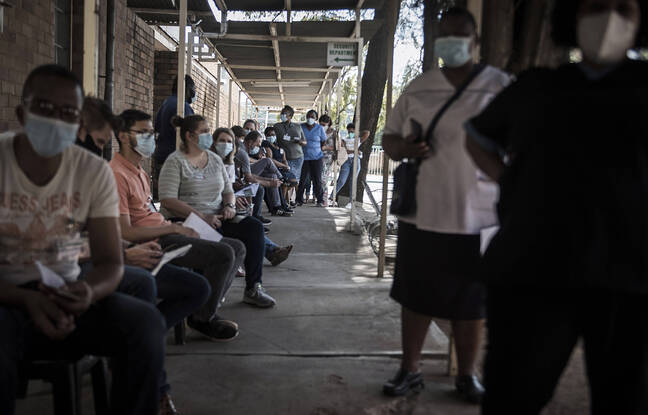 To hope to beat the epidemic, world leaders must make a “new commitment” to work for a more equitable distribution of vaccines against Covid-19 on the planet, estimated four major international organizations in a joint forum on Tuesday.

Vaccine inequalities between rich and poor countries complicate and prolong a pandemic that has already killed more than 3.5 million people worldwide, according to many observers.

In their text published Tuesday in the American daily Washington Post, the heads of the World Health Organization (WHO), the World Trade Organization (WTO), the International Monetary Fund (IMF) and the World Bank believe that these inequalities have favored the emergence of variants of the coronaviruses that have led to new epidemic outbreaks in developing countries.

“It is quite clear that there will be no overall resilience of the Covid-19 pandemic without ending the health crisis. Access to vaccines is the key to both, ”they write. “Ending the pandemic is possible – and this now requires global action.” The platform was signed by IMF Managing Director Kristalina Georgieva, WHO Managing Director Tedros Adhanom Ghebreyesus, World Bank President David Malpas and WTO Managing Director Ngozi Okonjo-Iweala.

Give to the less endowed countries

They call on the G7, at its next summit in the United Kingdom later this month, to agree on “a better coordinated strategy, supported by new funding, to vaccinate the planet”, and to agree to pay 50 billion dollars for an anti-pandemic plan already proposed by the IMF. The WHO, which had already described in March as “grotesque” the inequality in vaccines, last month asked the countries with abundant vaccines to give the doses to the less well supplied countries, rather than to vaccinate their children and adolescents.

The UN-backed Covax system was created to share vaccines with the poorest countries. But the rich countries, signing direct contracts with the pharmaceutical industry, monopolized the majority of the vaccines as soon as they became available. The G7 member countries (United States, Canada, Japan, United Kingdom, Germany, France and Italy), meeting in London last month, pledged to support Covax, but without announcing new funding despite repeated calls to do more to help poor countries.

Share
Facebook
Twitter
Pinterest
WhatsApp
Previous articleMakAir, this low-cost respirator invented by the people of Nantes, bounces back in India
Next articleTwenty and 22 years in prison for the former owners of the polluting Ilva factory