Journalist Khaled Drareni and more than 30 prisoners of conscience released 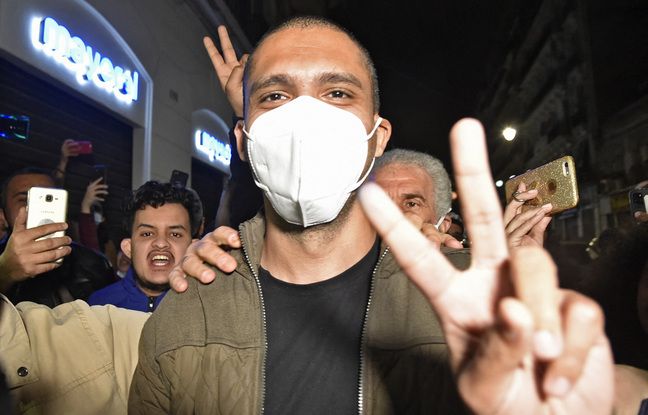 Promise kept. More than 30 prisoners of conscience in Algeria, including journalist and activist Khaled Drareni, were released on Friday following a presidential pardon granted three days before the 2nd anniversary of the popular uprising in Hirak. “A total of 33 people have been released so far. The procedures are underway for the rest ”, indicated a press release from the Ministry of Justice without specifying names.

Photos and videos relayed on social networks showed detainees reuniting with their relatives in several regions, including those imprisoned at the Koléa prison center, near Algiers. Among them, Khaled Drareni, who has become the symbol of the fight for press freedom in Algeria, who was sentenced to two years in prison last September for “inciting unarmed assembly” and “undermining national unity”.

Hot reaction from Khaled Drareni in the car, on his way home to meet with relatives. What a wonderful day.
UNFORGETTABLE. ✌️ pic.twitter.com/bOinFOJBff

“I thank all those who supported me and who supported the prisoners of conscience because your support is essential for all of us and it is the proof of our innocence”, reacted the journalist of 40 years, after his release, in a video relayed on Twitter. He appeared on social media images worn by a crowd of supporters.

Correspondent in Algeria for the TV5 Monde channel and Reporters Without Borders (RSF), Mr. Drareni had covered the unprecedented popular protest movement Hirak, in particular via his accounts on social networks, before the suspension of the demonstrations because of the pandemic of Covid-19.

According to one of his lawyers, Abdelghani Badi, it is a measure of “provisional release”. The journalist is awaiting a Supreme Court decision on February 25 on his cassation appeal. His conviction had aroused indignation in Algeria and abroad.

“He was doing his job”

Ahmed Benchemsi, a regional official with Human Rights Watch (HRW), said he was “very happy to know Khaled Drareni finally free”. “He shouldn’t have spent a minute in jail. He was just doing his job. Honor to him, ”he wrote on Twitter.

Opponent Rachid Nekkaz, 47, is also one of the released detainees, according to the National Detainee Liberation Committee (CNLD). Incarcerated in El Bayadh prison (southwest), he had started a hunger strike earlier in the day to protest his prolonged detention, without trial, despite the deterioration of his health according to those around him.

In his speech to the nation on Thursday, President Abdelmadjid Tebboune said: “The ‘blessed Hirak’ saved Algeria. I decided to grant a presidential pardon (…) Between 55 and 60 people will join their families ”. According to the latest figures from the CNLD before these releases, some 70 people were detained in connection with Hirak and / or individual freedoms.