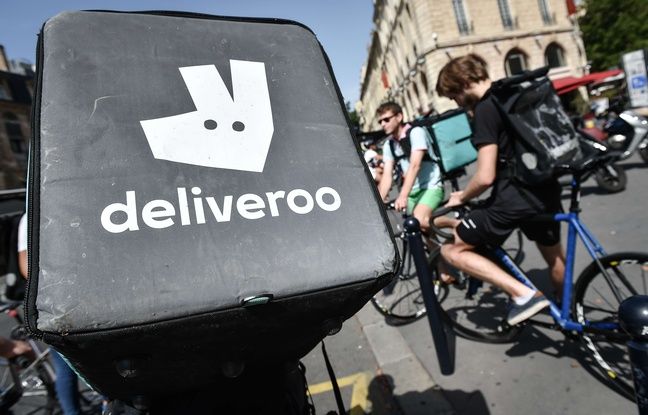 Italian justice demanded Wednesday the regularization of some 60,000 delivery men working for the main platforms, such as Uber Eats or Deliveroo, considering that they are not self-employed.

“It is essential to make a modification of the contract” binding the deliverers to the employer because “it is not an independent and occasional service but a coordinated and continuous type of service,” said the prosecution. from Milan in a press release.

He is asking for a “reclassification of the contract” for the benefit of the deliverers who will no longer be remunerated according to their performance but will receive a fixed remuneration. “The vast majority of deliverers work under independent and occasional employment contracts” but the investigation “has established that this qualification (…) is belied by the reality of the facts,” said the press release.

The investigation by the Milan public prosecutor’s office began in July 2019 following traffic accidents in this city and then gradually extended to the whole of Italy. “On May 29, 2020, more than 1,000 bicycle home deliverers were interviewed” across the peninsula, the statement said.

A fine of 733 million euros

The prosecution therefore notified the four companies targeted by the investigation, Foodinho-Glovo, Uber Eats Italy, Just Eat Italy and Deliveroo Italy, that they had 90 days to modify the contracts. This decision concerns more than 60,000 delivery people who worked for these four companies between January 1, 2017 and October 31, 2020, specifies the prosecution.

The four companies will have to pay a fine of 733 million euros for the violations found and pay social contributions for the same period, a figure which has not been quantified by the prosecution but which could reach hundreds of millions of dollars. euros.

Contacted by AFP, the Italian association of delivery platforms (Assodelivery) did not immediately react to this court decision. In a statement to AFP, Uber said “to have put in place in recent months a framework for stronger protection and better conditions for independent deliverers in Italy”.

“Home delivery men cannot be treated as slaves, they are most often foreign citizens in a regular situation in Italy, citizens who are denied a future,” prosecutor Francesco Greco told the press.