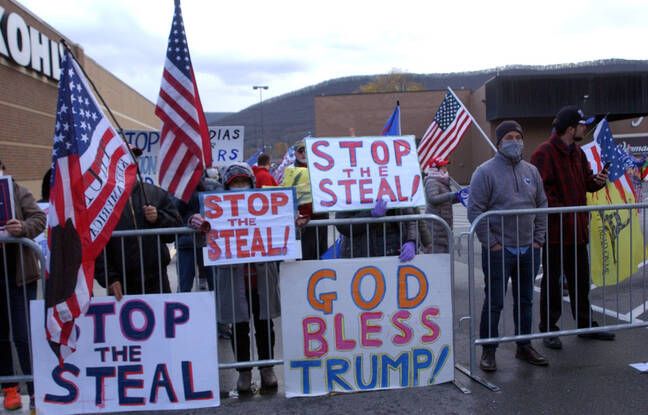 A judge in the US state of Pennsylvania on Saturday strongly rejected allegations of electoral fraud made by outgoing President Donald Trump, who still denies his defeat in the presidential election. The decision of this magistrate – whose judgment is scathing – paves the way for the certification of the victory of Democrat Joe Biden in Pennsylvania, which is due to happen on Monday. As time is running out for Biden’s inauguration on January 20, Trump’s team has been working to prevent the most disputed states from formalizing the poll results, in addition to his numerous legal appeals that have so far failed.

Certification of results by states is normally done routinely after each presidential election. But Trump’s refusal to admit defeat complicates the process. Judge Matthew Brann wrote in his judgment that Trump’s team presented “baseless legal arguments and hypothetical charges” in their complaint about postal voting in Pennsylvania.

“In the United States of America, this cannot justify the deprivation of the right to vote of a single voter, and even less of all the voters of the sixth most populous state” of the country, writes the magistrate, adding: “Our people, our laws and our institutions demand more ”than that. Nationally, Joe Biden won nearly 80 million votes in the November ballot, compared to just under 74 million for the Republican billionaire. But the presidency is played out through a system of electors allocated in each state. One by one, the key states that have tipped over to the Democrats’ side must certify their results.

This judgment in Pennsylvania came hours after the request made by representatives of the Republican National Committee and Trump’s party in Michigan to delay the certification of the vote in that other state won by Biden with 155,000 votes in advance. They demanded a two-week delay, demanding an audit of electoral results in Wayne County, the capital of which is Detroit.

Friday, Donald Trump had received local elected officials from Michigan, a key state that he won in 2016 against Hillary Clinton and that he lost this year to Joe Biden. Bob Bauer, lawyer for the Biden team, then denounced Friday “a deliberate attempt to intimidate election officials.”