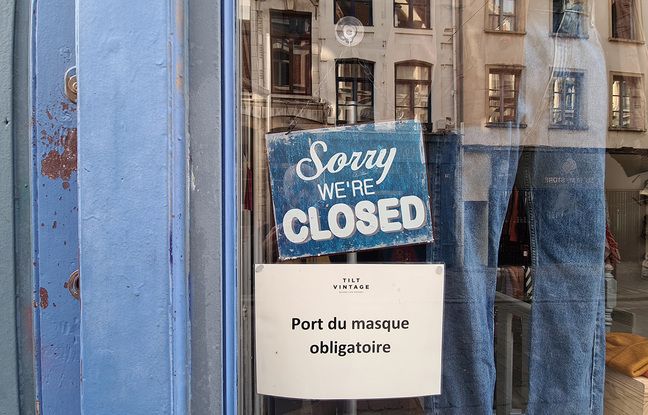 Mayors “outlaw”? On Friday, the Lille administrative court decided to suspend the municipal decrees of three municipalities in the North which authorized the opening of businesses not appearing in the list published by the government after the announcement of containment to fight against the coronavirus pandemic. The businesses will therefore have to remain closed until a court decision rules on the illegality or not of the law decree obliging them to close, we learned from the administrative court.

Between October 30 and November 2, the mayors of Faches-Thumesnil, Cateau-Cambrésis and Estaires, in the North, had each taken a municipal decree authorizing “all establishments open to the public falling within the M category. to remain open, until a decision is made on the merits of the legality of this decision ”. These texts intervened in reaction to the measures put in place by the government in the decree of October 29 as part of the state health emergency law in the face of the coronavirus pandemic. Measures among which there was that obliging the “stores of sale and shopping centers”, with exceptions, to lower the curtain.

A decree “infringing the principle of equality”

The mayors maintained in particular that “the decree of October 29, 2020 is illegal in that it infringes the principle of equality before the law”. On their own, they had therefore decided to allow the stores to remain open until justice rules on the legality of their approach. For his part, the prefect of the North had requested the opposite to the administrative court: that the stores remain closed until justice decides that they can reopen.

And justice has ruled, at least to find out whether the businesses concerned could, yes or no, open pending a judgment on the merits. “Deciding on the opening of all shops has the object and effect of hindering the proper application of the measures prescribed by the Prime Minister […] to fight against the Covid-19 epidemic, ”said the administrative judge. He adds that by doing this, the mayors exceeded their field of competence, even if the decree of October 29 was to be deemed illegal. For this last part, we do not know when justice will rule.