Kalashnikov wants to launch a connected weapon “for hipsters” 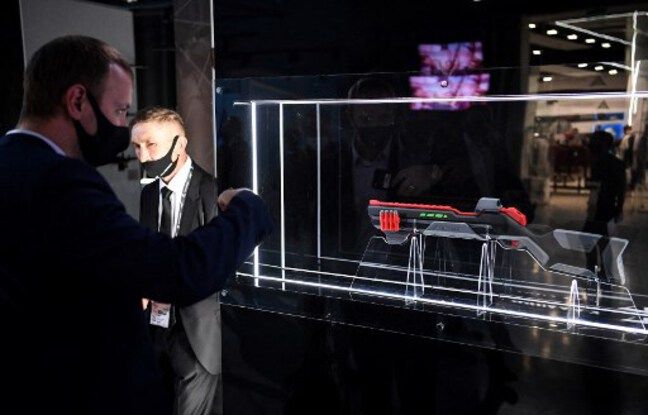 The Russian arms manufacturer Kalashnikov, changing in recent years, will launch a new connected rifle for shooting training, aimed at “hipsters”, the group’s boss said in an interview with RBK newspaper on Tuesday.

This rifle, the MP-155 Ultima, is based on an existing shotgun, the MP-155. In its connected version, it is a “gadget weapon” for shooting practice, said Dmitry Tarassov in this interview.

“We want to address the hipsters, the generation Z”

“Our goal is to attract audiences who have grown up with gadgets and cannot imagine themselves without them. Classic hunting today has become rarer, almost extravagant. For this reason we want to address ourselves (…) to hipsters, to generation Z, ”said Dimitri Tarassov.

The weapon, first unveiled at an arms forum in August 2020 and which uses 12/76 caliber ammunition, can be synchronized with a phone or a computer has a shot counter, a compass and video recording. The estimated price is 100,000 rubles (1,116 euros at the current rate).

“I really want people to have a responsible weapon and at the same time it gives them a thrill (…) why not enjoy the adrenaline and the pleasure of this type of hobby?” Adds the boss. by Kalashnikov.

Kalashnikov has been undergoing a transformation since the arrival of private shareholders in 2014. The manufacturer, known for its weapons of war, and the name of the inventor of the AK-47, Mikhail Kalashnikov, has since launched into drones, yachts and gadgets of all kinds.

The company has been talked about in recent years by presenting unusual prototypes: electric cars, or the robot Igorek, “little Igor”, a bipedal war robot supposed to help soldiers move in hostile environments, which s ‘was attracted to mockery.

Shootings in schools or public places are rare in Russia, where gun control is strict. In October 2018, a student had however killed 19 people before killing himself in a high school in Kerch, a city on the Ukrainian peninsula annexed to Crimea, a massacre that shocked Russia.

Where is the vaccination of caregivers on the first day of its obligation?