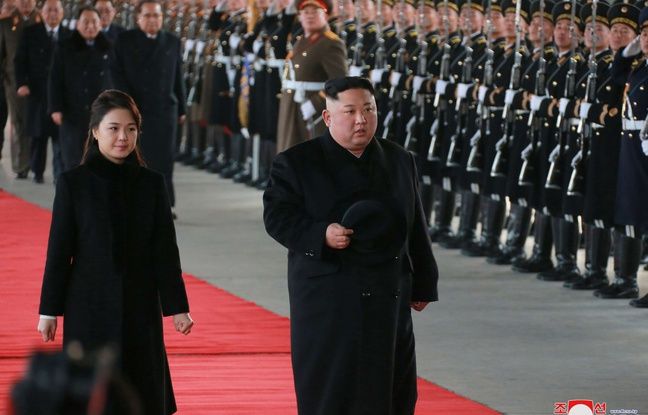 Coronavirus, separation, pregnancy…? For the first time in just over a year, Ri Sol Ju, wife of North Korean leader Kim Jong-un, made a public appearance, state media reported on Wednesday. According to the media, Ri Sol Ju, in her early thirties, accompanied her husband to a concert commemorating the birth of the father and his predecessor, Kim Jong Il.

Many speculations about his absence

The anniversary of the birth of the second of the Kim dynasty is known as the “Day of the Shining Star”. It is one of the most important holidays in the North Korean calendar. The official journal Rodong Sinmun released photos of the couple smiling and applauding the artists performing at the Mansudae Theater of the Arts in Pyongyang. “When the secretary general entered the auditorium of the theater with his wife Ri Sol Ju to the sound of welcoming music, all the participants cheered them by shouting ‘Hooray’,” reports the official KCNA agency.

In the photos that have been published, none of the spectators are wearing a mask. Ri Sol Ju had not been seen in public since January 2020, during an event related to the Lunar New Year. His absence had given rise to much speculation about his state of health. Some wondered if she was isolated to protect herself from the coronavirus, or if she was pregnant. The couple would have three children.

Regularly present before the pandemic

North Korea closed its borders early last year in an attempt to protect itself from the pandemic that has emerged in neighboring China. Kim Jong-un has repeatedly affirmed that his country remains spared from the coronavirus, which foreign experts doubt. The publication of the photos comes the day after a briefing to South Korean MPs by Seoul Intelligence who claimed that the North Korean leader’s wife was refraining from any public engagement due to the pandemic and was spending time in play with his children.

Before her absence began, she was seen regularly alongside her husband during his field visits, or during his diplomatic meetings, especially those he had had with Chinese Presidents Xi Jinping and South Korean President Moon Jae. -in. Former successful singer Ri Sol Ju appeared to the general public in Kim Jong-un’s entourage in 2012. She is, along with her husband’s sister Kim Yo Jong, one of the most famous women on a diet. notoriously patriarchal.