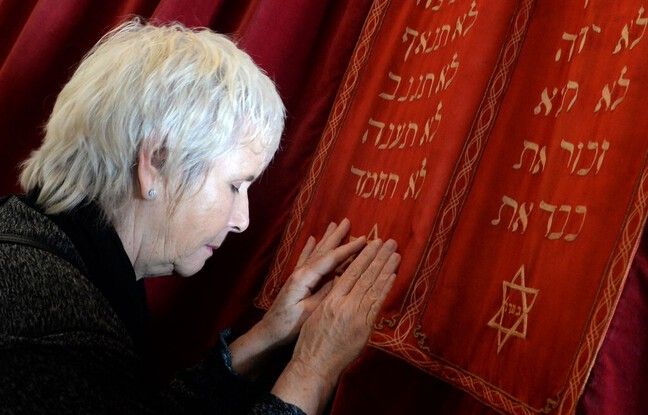 Even before normalizing its diplomatic relations with Israel, Morocco launched a school reform described by some as a “tsunami”: the history and culture of the Jewish community will soon be taught to students in this country where Islam is. state religion. The first lessons, in Arabic, will be given in the next quarter in the last year of primary school, where the age of the pupils is around 11 years old, according to the Moroccan Ministry of National Education.

“This introduction is a first in the Arab world. It has the effect of a tsunami, ”says Serge Berdugo, the secretary general of the Council of the Jewish community of the kingdom in Casablanca. Present in architecture, music, cuisine, the “Jewish tributary” of Moroccan culture now appears in new primary social education textbooks, in a chapter devoted to Sultan Sidi Mohammed Ben Abdellah, known as Mohammed III ( Eighteenth century).

“Although the Jewish presence in Morocco predates the 18th century, the only reliable historical evidence dates from this period,” explains Fouad Chafiqi, director of school programs at the Moroccan Ministry of Education. In the Arab world, Morocco remains a rare case insofar as “this country has never erased its Jewish memory”, emphasizes Zhor Rehihil, the curator of the Museum of Moroccan Judaism in Casablanca, unique in its kind in the region.

Present in Morocco since Antiquity, the Jewish community which remains the largest in North Africa has grown over the centuries, notably with the arrival of Jews expelled from Spain by the Catholic kings from 1492. It has grown over the centuries. reached about 250,000 souls in the late 1940s, or about 10% of the population. Many Jews left after the creation of Israel in 1948, and there are around 3,000 left.

The Holocaust on the program soon?

Including Jewish identity in the school corpus “will make it possible to forge the perception and the construction of future citizens aware of their plural heritage”, estimates Mohammed Hatimi, a professor of history specialized in the question. The reform of primary school textbooks aims to “highlight the diversity of Moroccan identity”, underlines Fouad Chafiqi. The overhaul of secondary school textbooks, scheduled for 2021, will also integrate this “dimension of diversity”, according to him.

A rumor about the integration of the history of the Shoah in the school curricula of Morocco had run in September 2018, after a message sent by King Mohammed VI during a UN round table. At the time, the head of state and “commander of believers”, a great defender of “living together” had underlined the fundamental role of education in the fight against racism and anti-Semitism.

It was under his leadership, and after several months of negotiations initiated by the administration of Donald Trump, that Morocco this week became the fourth country in the Arab world to announce a normalization of its diplomatic relations with Israel, in return for the recognition of Rabat’s “sovereignty” over the disputed territory of Western Sahara.