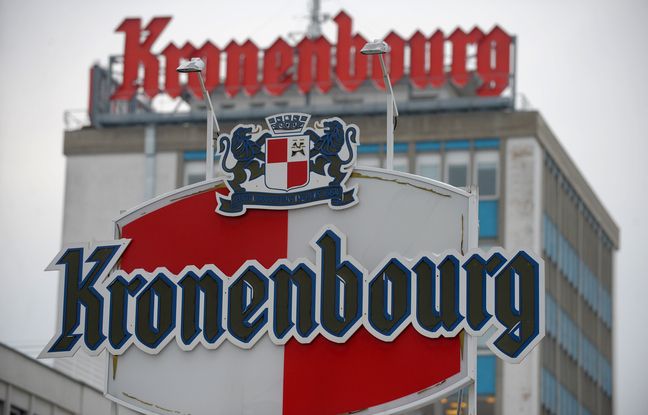 It does not foam too much on the side of the Alsatian brewer Kronenbourg. The latter has seen its total sales decline by 10% in 2020, since the pandemic and its consequences for drinking establishments and festivals. “The slowdown in the global beer market has resulted in Kronenbourg SAS in a 10% drop in total sales (5.1 million hectoliters) to reach a total turnover of 844 million euros” 2020, the group said on Wednesday.

Particularly affected, sales of out-of-home consumption, which fell by 48% due to the closure for 23 weeks of drinking establishments and the shutdown of festivals, which together represent 30% of group sales in a normal year, according to its CEO Rémy Sharps.

Fortunately, sales in supermarkets “remained stable”, indicates the group which specifies that there is approximately between a third and 40% of the volume which is not sold in the cafes, the hotels, the restaurants but , which have been reported in mass distribution, on average over the last fifteen months.

But the Obernai brewery, particularly affected by a critical health situation in the Grand-Est region, was unable to take advantage of this partial compensation. From mid-March 2020 and for six to eight weeks, the “biggest brewery in Europe” has not been able to operate at full capacity to fully supply its retail customers. Half of the production lines were shut down during the first two weeks of containment, said Rémy Sharps, estimating the loss of production at around 200,000 hectoliters of beer.