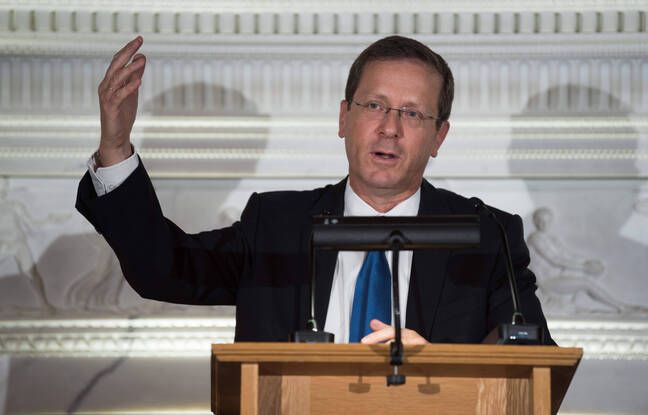 Labor Isaac Herzog, 60, was elected president of the State of Israel on Wednesday by MPs, in the midst of a political crisis. Former leader of the Labor Party and chairman of the Jewish Agency, Isaac Herzog, becomes the eleventh president of the Jewish state and replaces Reuven Rivlin, the parliamentary channel reported. He was elected with 87 votes against 26 for his opponent Miriam Peretz.

The function of head of state in Israel is apolitical and largely ceremonial while executive power remains in the hands of the prime minister. The president may, however, grant pardons. “I take on my shoulders the heavy responsibility you give me,” said Isaac Herzog, nicknamed “Bouji”, in a televised speech after the results were announced. “I will be everyone’s president, I will build bridges between the different parts of our society. “

Congratulations from his former opponent Netanyahu

The lawyer by training thanked his adversary Miriam Peretz, “Israeli heroine”, “for being a symbol and an inspiration to all Israeli citizens”. “I extend my hand to him with the hope of a fruitful collaboration for the good of Israeli society,” he added. Prime Minister Benjamin Netanyahu, who was once Labor’s opponent, congratulated him and wished him “great success on behalf of all Israeli citizens.”

The election of the Israeli president comes against a backdrop of heated political negotiations. The opponents of Benjamin Netanyahu, the most enduring prime minister of the State of Israel, have until Wednesday 11:59 p.m. (local time) to overcome their ideological differences and announce a coalition agreement, with a view to ending two years political crisis. If the centrist Yaïr Lapid fails to form a government before the deadline, the deputies can ask the president to re-mandate a parliamentarian. Or, it will be back to the polls, for the 5th time in just over two years.