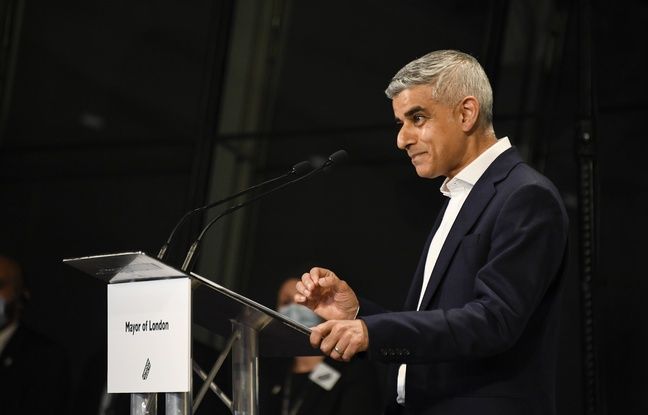 Voters in London have chosen the card of continuity by giving their confidence back to Sadiq Khan. The city’s Labor mayor, who in 2016 became the first Muslim to rule a western capital, was re-elected for a second term, according to results released on Saturday.

The elected 50-year-old son of Pakistani immigrants, who grew up in social housing, beat the conservative Shaun Bailey, with Jamaican roots, in Thursday’s municipal elections. In the second count, he obtained 55.2% of the votes. In the first count bringing together all the candidates, he had won 39.8% of the vote against 35.1% of the vote for Shaun Bailey, a gap much smaller than what the polls suggested.

The “scars of Brexit”

Sadiq Khan, who succeeded the current Prime Minister Boris Johnson in 2016, called on Saturday evening for “a moment of national reconciliation” after Thursday’s local elections which he said revealed divisions linked to “the scars of Brexit” and to “the cultural war” separating the big cities from the rest of the country. He said he wanted to “build bridges between communities” over the next three years, “ensure that London plays its role in national recovery” after the pandemic and “build a brighter, greener and more equal future” for the capital.

During his tenure, Sadiq Khan, a former human rights lawyer, has carved out a reputation for himself as a staunch Europhile, fierce towards Brexit and Tory Prime Minister Boris Johnson. For his campaign, Sadiq Khan adopted as a mantra “jobs, jobs, jobs” eager to revitalize the economy of a metropolis marked by the pandemic and Brexit, a blow to its powerful financial sector.

Towards a new candidacy for the Olympic Games

Hoping to reiterate the success of 2012, he said he wanted to nominate the city for a “sustainable” Olympic Games in 2036 or 2040, which would stimulate the construction of environmentally friendly infrastructure. During his first term, before the pandemic hit the capital with full force, the elected official notably froze the price of public transport and created low-emission zones to fight against automobile pollution.

However, he has been criticized for failing to stem stabbing attacks, a scourge he attributes to declining police numbers resulting from austerity measures by conservative governments.