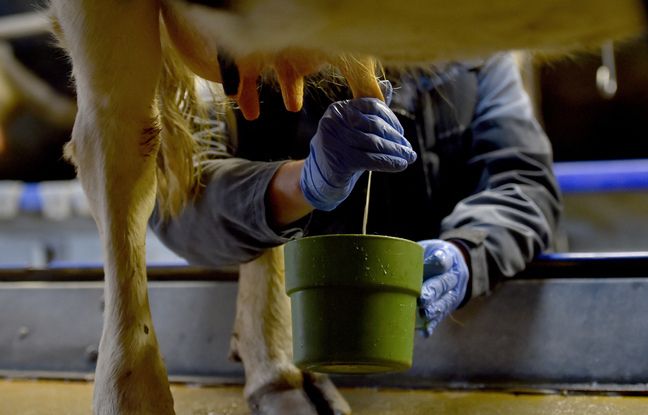 Dairy farmers may have the butter and the butter money. The giant Lactalis, which collects a quarter of French milk, is in any case confident about the rise in world prices in 2021 and thus plans to pay producers more. “For 2021, normally, the price of milk in France should be significantly higher, it will be pulled by the international markets” of raw materials such as butter and milk powder, returned to “levels before Covid”, Emmanuel Besnier, president of the world’s leading dairy group, said Tuesday at a press conference.

Last year, “I was quite pessimistic” on the price of milk in view of the plunge in these same prices at the start of the health crisis, he stressed. He estimated in June 2020 that the price paid to breeders was moving towards “an average decrease” over the whole year, drawing the wrath of producers. “Revolting !!! Guillaume Canet also reacted on Instagram, in a message approved thousands of times.

Prices finally rose, milk consumption was maintained and Lactalis paid for cow’s milk 369 euros per 1,000 liters on average in 2020, against 370 euros in 2019. Lactalis, however, has not communicated a quantified estimate. for 2021. Compared to other major French milk manufacturers (Sodiaal, Agrial and Savencia), “we are the company that best values ​​milk in France,” assured Emmanuel Besnier. “We are the best performers and we managed to stabilize our prices this year,” he insisted.

The price of milk depends on world prices, but also on negotiations between the industrialist and the mass distribution on the price of the products that will be put on the shelves. In this area, the discussions were “difficult” and “will not necessarily justify” an additional revaluation of the price of milk, added the president of Lactalis.