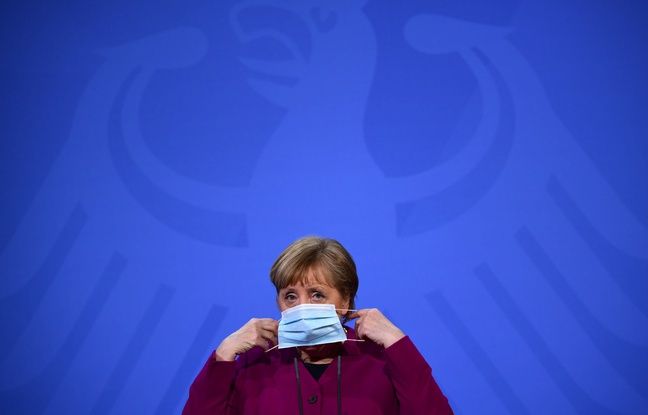 Angela Merkel is not happy and wanted to let it know on Sunday. The German Chancellor severely reminded the states regions, urging them to apply the restrictions to fight the third wave of coronavirus while several Länder have announced relaxations.

“We must now take the appropriate measures very seriously. However, some states are doing it, others are not doing it yet, ”the leader was annoyed during a television interview in which she accused the recalcitrant of“ violations ”of the commitments made between the government and the Länder.

To make herself heard, Angela Merkel brandished the threat of a more restrictive intervention by the central state if the rules were not applied firmly, while health management is the responsibility of the regions and restrictions have so far been decided after long negotiations between the Chancellor and regional leaders. “I will not stay two weeks without doing anything,” warned the Chancellor. “It’s my oath, it’s my duty,” she added.

Among the measures she deems appropriate, the Chancellor cited the establishment of curfews which can be “a very effective means”, according to her, to fight against the virus. Never applied nationally since the start of the pandemic, such a restriction is extremely controversial in Germany.

The Chancellor also criticized in particular the announcement of the Saar, one of the smallest regional states, which wants to end the main restrictions against Covid-19 just after Easter Monday and reopen, on presentation of negative tests, places of cultures, terraces of cafes and restaurants, sports clubs.

The last summit between government and regions organized on March 22 turned into a fiasco: a virtual confinement of the country had been announced for five days during the Easter period before Angela Merkel backtracked in the face of criticism. She had publicly done her mea-culpa. At the same time, several regions or communities have announced or launched plans to gradually relax restrictions as the incidence rate, which has been steadily increasing in recent weeks, exceeds 100 in most areas of the country.