Large ports have suffered less from Brexit than from the epidemic 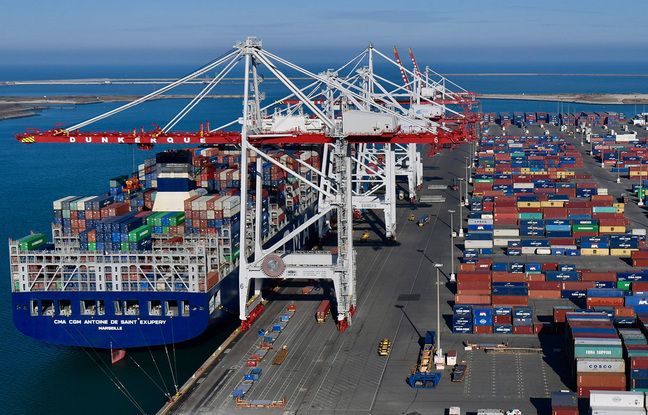 The devastating effect of the dreaded Brexit ultimately did not take place. Of course, Britain’s exit from the European Union is not without consequences for those involved in cross-Channel traffic, namely the ports of Dunkirk, Boulogne, Calais and Getlink (Eurotunnel). However, especially with regard to passenger flows, it is the coronavirus epidemic rather than Brexit that is doing the most harm to these infrastructures.

Whether for the ports or the Channel Tunnel, the end of 2020 was marked by a very clear increase in the flow of goods between England and France. The late agreement between the European Union and the British government had raised the specter of a divorce the hard way and the companies from across the Channel had anticipated, generating a “phenomenon of overstocking”, we assure the port from Dunkirk. The northern infrastructure then recorded an increase in freight traffic of 30% in November and December 2020. An intensification of the flow of goods was also felt, to a lesser extent at Getlink with + 11% in November and + 8% in December.

Passenger traffic at its worst

On the other hand, there was a free fall from January 1, 2021. Dunkirk immediately lost the 30% gained thanks to the Brexit fever. Same observation, worse, on the side of the Channel Tunnel with a 37% drop in truck traffic compared to January 2020. But everything is not to blame for Brexit. “The three elements impacting on the market are the storage carried out before the Brexit agreement found, the adaptation to the new administrative regulations of the post-Brexit borders, as well as the constraints linked to the health crisis”, explains one at Getlink. In agreement with this analysis, the port of Dunkirk sees a positive point in it: “The slowdown in cross-Channel flows at the start of 2021 may have facilitated the effective implementation of the new procedures”.

Where it really gets stuck is in passenger traffic. “Over the year 2020, the port will have suffered a loss of more than five million passengers, a drop of 61%. Coach traffic will also have experienced an even greater drop of 84% ”, we deplore at the port of Boulogne-Calais. At Getlink, too, the fall is significant and has nothing to do with Brexit, but rather with the coronavirus: “The passenger market is still strongly affected by the travel restrictions put in place by the British and French governments due to the pandemic ”, explains the tunnel manager.

Despite everything, cross-Channel players are not in the dark and are even finding post-Brexit opportunities. Thus, several lines of freight by sea were created to connect Dunkirk to Ireland by avoiding lorries to transit through Great Britain and to comply with customs formalities. The frequentation success encountered by the DFDS initiative even prompted the ferry operator to increase the number of vessels providing rotations from one to four. “The filling rate is now over 90%”, assures Aidan Coffey, the line manager at DFDS. The operator also claims that there is a strong tourist demand for this line despite a crossing time of 20 hours. It is therefore planned to open these ferries to passengers, but only once the health crisis has passed.