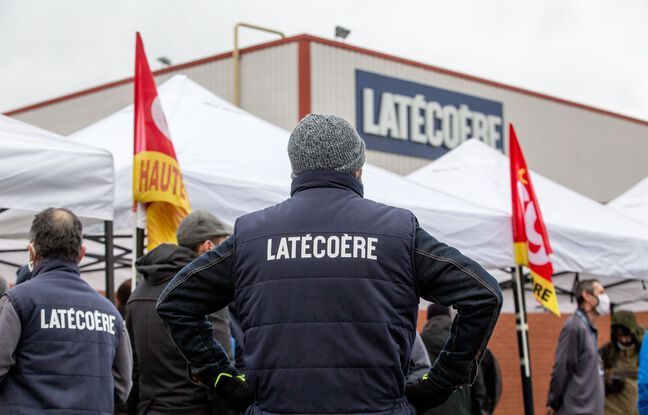 The FO and CGT unions of Latécoère mobilized Tuesday in Toulouse to change the social plan providing for the elimination of 475 positions out of a total of some 1,500 employees of the emblematic aeronautical equipment manufacturer.

FO, one of the first two unions in the company with CFE-CGC, presented a proposal to management during a negotiation meeting on the PSE (job protection plan). The management of the equipment manufacturer has decided to suspend the meeting scheduled for Tuesday in order to study this proposal, described as “important”, before a new meeting on Friday.

This document, the details of which have not been filtered, aims to limit layoffs as much as possible by calling on long-term partial activity (APLD), said Stéphane Faget (FO), who put forward a certain ” confidentiality ”. Negotiations are to continue until mid-January.

Also on Tuesday, a few dozen Latécoère employees gathered at the call of the CGT, the company’s third union, in front of the equipment manufacturer’s headquarters in Toulouse to say “no to layoffs”. “We wanted to give visibility to people who do not agree with the way negotiations are going,” said José Pujol, CGT union representative at Latécoère.

In addition, in another company in the Toulouse region, Cauquil, which manufactures spare parts, in particular for Airbus, the CGT also denounces a PSE providing for the elimination of 32 jobs out of 76, which, according to the union, would result in au minus 22 layoffs. According to Hervé Dessolin, CGT union representative at Cauquil, this social plan is disproportionate compared to the drop in activity planned for 2021.

The CEO of the company Didier Cauquil defended a PES which he described as “well built”, underlining a sharp drop in activity due to the consequences of the coronavirus pandemic on the air transport sector.