Layoffs canceled at Whirlpool for “lack of economic reason” 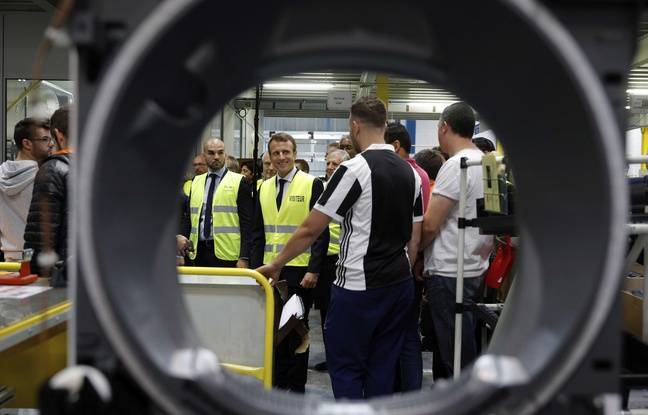 A “snub” for the Ministry of Labor, according to the lawyer for ex-employees Whirlpool. The administrative court of Amiens made public, Monday, a judgment of March 11, which annuls the dismissals recognizing “the absence of economic reason” to the closure of the Amiens site of Whirlpool in 2018.

In May 2019, the Ministry of Labor authorized the dismissal of 18 protected employees of the company, considering that the economic reason was established. These layoffs were part of the transfer of the entire production of tumble dryers from the Amiens plant to Lodz, Poland.

The court decided to cancel these authorizations, on the grounds that “there were no serious threats to the safeguard of the competitiveness of the company”. In this decision, the court relies in particular on the fact that “the operating profit” of the company in the large household appliances, although down from 991 to 684 million dollars between 2016 and 2018 “maintains a very appreciable level , close to past performances ”.

He also notes that the turnover of the Whirlpool group “exceeds records” in 2017, which allows “the distribution of generous dividends”. The court concludes that there is “the absence of reality of the economic reason”.

“Convinced of having respected its commitments”

It is “a snub of the administrative jurisdiction” to the minister and “an emblematic victory which takes the opposite view of what we are trying to make all the employees of this country swallow”, welcomed the lawyer of employees, Fyodor Rilov, however expecting a call from the ministry and the company.

The management of the latter said “carefully consider the decision” and “assess the next steps.” “Whirlpool is convinced that it has honored its commitments to the site and its employees, having reached an agreement with all the representative trade unions in May 2017, providing for exceptional measures,” she said.

While employees have also seized since 2019 the industrial tribunal of Amiens to contest their dismissal, Me Rilov said he hoped “reasonably” that he “resumed the analysis work of the administrative court”, recalling having claimed “between two and three years’ salaries ”allowances.

A parallel with Bridgestone

The Whirlpool factory, which employed 246 employees, closed on May 31, 2018. The American group had justified the closure in the name of “safeguarding competitiveness” in an “increasingly competitive” context.

The lawyer also establishes a link with the closure of the Bridgestone plant in Béthune, scheduled for May, while the labor administration validated, on Tuesday, the job protection plan, signed by all unions. For Me Rilov, the inter-union of Bridgestone insufficiently “fought against the decision to close” the site of 863 employees for the benefit of “a kind of price for the destruction of their jobs”.