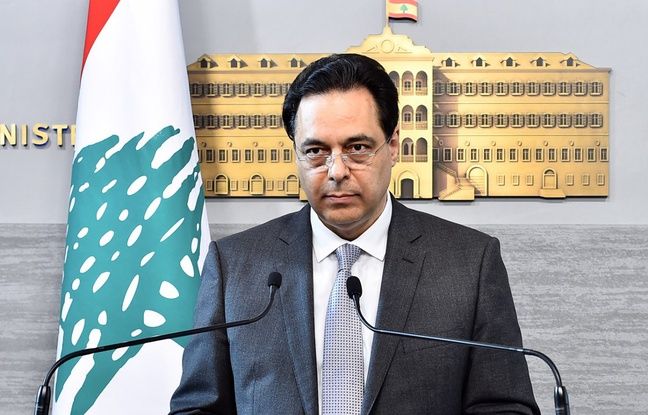 Resigning Lebanese Prime Minister Hassan Diab and three former ministers were charged with negligence by a judge in the investigation into the devastating explosion at the port of Beirut in August, a judicial source said on Thursday.

A few days after the explosion, Prime Minister Hassan Diab resigned under pressure from the streets, but has since continued to manage day-to-day affairs pending the formation of a new government.

They are the first politicians to be indicted in connection with the investigation into the August 4 explosion, which left more than 200 dead and 6,500 injured, and destroyed the port and parts of the capital. All four are charged with “negligence and causing death”, according to the same source.

The explosion was triggered by a fire in a warehouse that had housed tons of ammonium nitrate for several years without precautions. Hassan Diab had denounced a few hours after the explosion the storage of this cargo. “It is unacceptable that a shipment of ammonium nitrate has been present for six years in a warehouse, without precautionary measures,” he said.

Judge Fadi Sawan’s decision was taken after the investigation “confirmed that (the defendants) had received several written reports warning them against any procrastination to get rid of ammonium nitrate,” the judicial source said. “They did not take the necessary measures to avoid the devastating explosion and the enormous damage,” she added.

The three former ministers concerned are Ali Hassan Khalil (Finance) as well as Ghazi Zaayter and Youssef Fenianos, who were at the head of the Ministry of Public Works and Transport. The Lebanese authorities have claimed that 25 people, including port and customs officials, have been arrested in connection with the investigation but have not released any findings at this stage.