Leopard wanted three weeks after escape, zoo was slow to raise the alarm 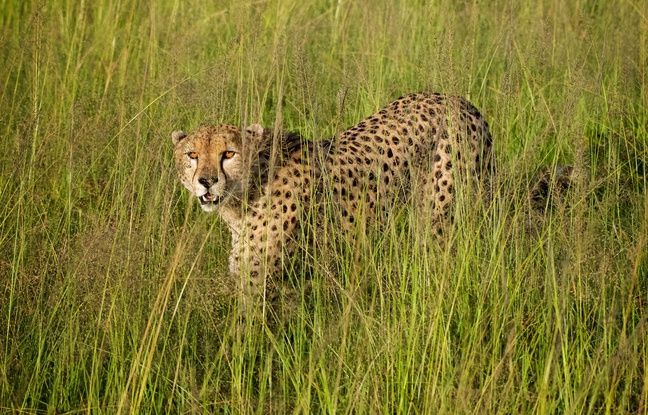 A leopard is still actively searched for in eastern China, three weeks after it escaped with two other cats from Hangzhou Wildlife Park. The structure has been strongly criticized for having delayed raising the alarm.

Residents of Hangzhou had spotted a feline in the vicinity on Thursday and assumed that the animal had escaped from the nearby zoo. The animal park first denied, before announcing this Saturday a temporary closure for “security reasons”.

A leopard remains at large after escaping with 2 others from a safari park in China, sparking a frenzy online.

The Hangzhou park only acknowledged the escape after the news went viral. The recapture of one of the cats using dogs has also drawn criticismhttps://t.co/wFCyPvIIJ4 pic.twitter.com/GdEAlP2nEO

The news quickly went viral on social media. It was not until much later this Saturday that the zoo finally admitted that one of its residents had done the beauty. The young leopard would in fact have fled on April 19 in the company of two congeners because of an employee in charge of the cleaning who would not have respected the safety rules.

Management apologized for the delay, saying they did not want to “panic” and attract negative publicity as the May 1 holiday approached. Five people, including the head of the zoo, were arrested and an investigation was opened, we learned on Monday.

Two of the fugitives have already been captured, the third is still being sought with significant means, especially by air. Video of a young leopard struggling desperately as it was captured and footage of another feline lying in an enclosure with one leg missing have also sparked an uproar on social media.

“What did these young leopards do to be mistreated in this way,” asks a user on the Chinese social network Weibo. Animal parks in China are frequently criticized for the living conditions of animals and for fatal incidents linked to lax safety regulations.

This is not the first time that wild animals have spread terror in the country. In April, a Siberian tiger came face to face with a peasant in a village bordering Russia before attacking him.