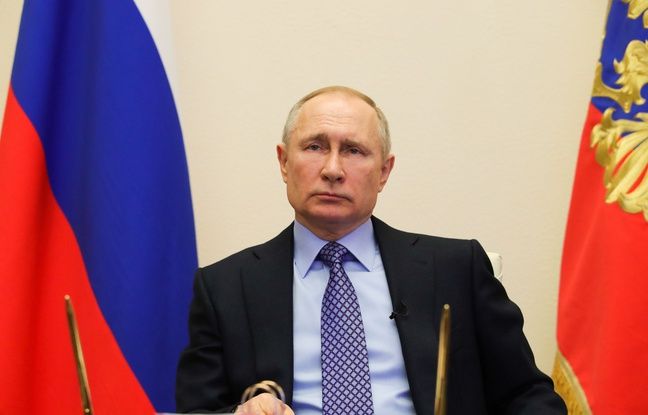 The measure is widely seen as benefiting Vladimir Putin. Russian lawmakers on Tuesday approved a bill guaranteeing judicial immunity for former presidents. According to this document, the final adoption of which is hardly in doubt, a person who has served as president “cannot be the subject of criminal or administrative proceedings, nor arrested, nor searched, nor questioned”.

This immunity, which will also be granted to the family of any former Russian president, will also concern his property assets, his means of transport and communication, as well as the documents belonging to him and his luggage.

Treason or serious crime, the only grounds for waiving immunity

According to the text, immunity can only be lifted if the former president is accused of treason or another serious crime. These accusations must then be supported by the Supreme Court and the Constitutional Court and supported by two thirds of the deputies of the State Duma (lower house of Parliament) and the same number of senators of the Federation Council (upper house).

The document does not concern the former president of the USSR, Mikhail Gorbachev, specified one of its authors, Pavel Kracheninnikov, quoted by the public agency RIA Novosti. Moreover, the initiative of such a bill has provoked rumors in Russia about a possible departure of Vladimir Putin. But the Kremlin rejected them, assuring that the 68-year-old president was in good health.

Medvedev and Putin can be protected

For the time being, there is only one former President of Russia, Dmitry Medvedev, who led the country from 2008 to 2012. During this period, Vladimir Putin had also held the post of Prime Minister in due to a limitation on the number of consecutive terms.

After Vladimir Putin’s return to the Kremlin in May 2012, Dmitry Medvedev became his prime minister and leader of the ruling United Russia party. He tendered his resignation in January 2020 and was appointed vice-president of the Russian Security Council. In recent years, he has been the target of several anti-corruption investigations by the opponent Alexeï Navalny, who accuses him in particular of having received bribes from the oligarchs and of being the head of a real estate empire.