Living on the Seine, a popular desire that makes real estate agents happy 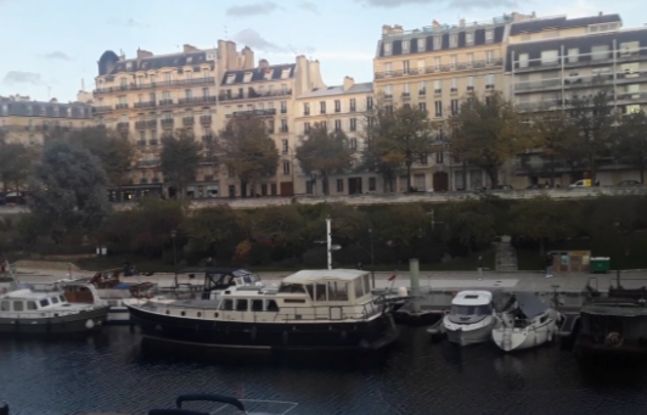 A view of the quays, a green landscape, the gentle flowing of water: the daily life of the “penichards” who choose to live on a boat in Paris is starting to appeal to those who would never have thought of it. Especially since it is a desire less expensive than in the real estate market. The price per square meter of barge fluctuates between 2,000 and 5,000 euros, two to four times cheaper than in stone. A two-storey barge with a terrace of 300 m² of living space can be bought for 900,000 euros, about three times cheaper than in stone.

Axel Pilyser, a 50-year-old photographer who has been living on the water since 2016 in Boulogne-Billancourt, enjoys the view of the Bois de Boulogne and the Longchamp racecourse. “I wouldn’t leave my barge for anything in the world,” he insists. Previously, he had moved twice in ten years, moving from house to house, never finding exactly what he wanted. For the Boulonnais, living on the water has “only advantages”.

A boom in the “chic” west

At the specialized agency Rivercoach, professionals have observed an increase in demand since the financial crisis of 2008 and especially since the first confinement last spring. “Thirty years ago, we considered that only the” baba-cool “lived on the Seine”, recalls Jean-Pierre Huvé, at the head of the agency with his wife Valérie. It is now thriving and claims to have sold 30 houseboats since the start of 2020 against 20 for the whole of 2019.

The Huvé couple, who pride themselves on being the market leader, sell houseboats in the affluent inner suburbs: Issy-les-Moulineaux, Boulogne-Billancourt, Saint-Cloud, Suresnes, Neuilly and Levallois. Jean-Pierre Huvé keeps the accounts. “For seven years, we have sold 110 boats. We dominate 90% of the market. “The requests continued despite the pandemic because” people confined to their apartments wanted dreams and the outdoors, “he analyzes.

“It’s no longer a niche market”

“There are not as many of us as the real estate agencies, but river housing is no longer a niche market,” explains Stéphane Bachot, founder of the Water & Heritage agency. He embarked on the adventure after the 2008 crisis. He says he sells about ten barges per year. At the MyPéniche agency, we believe that this success is mainly linked to price: “Buying a barge is cheaper than buying an apartment in Paris of the same size. “

To date, 1,300 houseboats are occupied in Ile-de-France, according to Voies navigables de France, which regulates housing in the Seine basin with the port of Paris. Spaces are limited and the waiting time to obtain authorization for river parking can be decades. The oldest request on the official VNF list dates back to… 1997. Claude Denet, head of the stationary boat service at VNF, nevertheless records 300 requests per year.

A state of mind above all

Stéphane Bachot, who himself bought his barge at 600,000 euros for 180 m², concedes that this price category is not yet accessible to everyone. “The buyers are somewhat independent-minded people, artists, doctors,” he explains. At Seine Plus, Nathalie Desbonnet says she often deals with people working in finance. The agencies nevertheless agree on one point: buying a houseboat is a way of life. “It’s not like saying to yourself, ‘I’m going to buy an apartment’. You have to be in this state of mind, ”explains Stéphane Bachot.

A somewhat rustic way of life that the Rigal couple want to savor, aboard the barge they recently acquired on Séguin Island. “On a barge, we are far from the Parisian cacophony,” explains Elodie Rigal, dreamily. Will the second confinement give similar desires to other Parisians who are candidates for property?

The series “The new course of the Seine” was produced by a promotion of nine work-study students from the Paris school of journalism ESJ-Pro, under the direction of their trainers and the 20 Minutes team. The subjects paint the changing relationship between Paris and its river, the image of which is upset by the constant improvement in water quality.