Lockdowns have worsened violence against women around the world 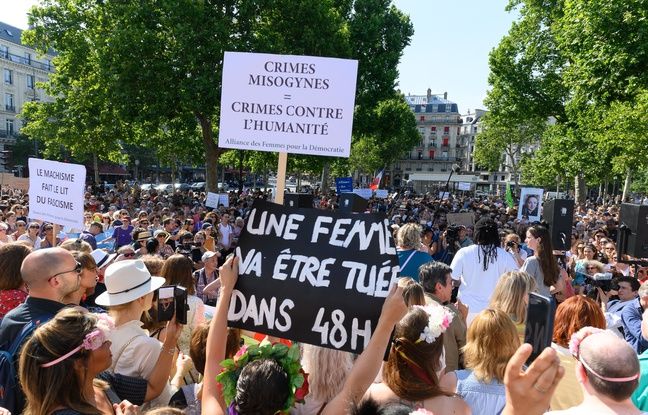 Has the pandemic contributed to worsening the situation of women in the world? In 2020, some 736 million adolescent girls and women aged 15 and over were victims of violence, most often by their partner, warns the World Health Organization (WHO) in a report published on Tuesday, the next day. of World Women’s Day.

“Violence against women is an endemic evil in all countries and cultures, harming millions of women and their families,” said Tedros Adhanom Ghebreyesus, the director general of the WHO. Even though, for now, solid data is lacking it is clear that the pandemic raging for more than a year, which has forced hundreds of millions of people into confinement and caused a global economic crisis, is clearly having an impact. negative, said Dr Claudia Garcia-Moreno, one of the report’s co-authors.

“We know that the situation of many women has probably deteriorated,” she told AFP, noting that 641 million women, or 26% of all those aged 15 and over, were the victims. violence from their partner. “Women who were already abused found themselves trapped in this situation. Suddenly, they found themselves more isolated and continually in the presence of the partner who mistreats them, ”she lamented.

In addition, financial difficulties and the stress of having children at home and other problems created by the pandemic risk causing further violence. “We know that some of these factors that exacerbate domestic violence are present,” notes Dr Garcia-Moreno.

” It is urgent to take action “

The report published on Tuesday is the second of its kind and is based on data collected between 2000 and 2018. A change in methodology, however, makes comparisons difficult with a first document on the subject made public in 2013. This is clear, for the researcher, “Is that the rates (of domestic violence) are much too high and it is urgent to act”.

The report points out that 6% of all women have been sexually assaulted by someone other than their partner, but the taboo surrounding the subject suggests that their actual number is much higher. This abuse often starts very early. A quarter of adolescent girls aged 15 to 19 who have been in a relationship have been subjected to physical or sexual violence by their partner.

“This is a source of concern because adolescence and early adulthood are important periods for health and development and also for building the foundations of healthy relationships,” insists the doctor. She also noted regional differences even if the level of violence “is far too high everywhere”.

Poor countries generally experience higher levels of violence against women than richer countries and Oceania is the region most affected by the scourge with 51% of women aged 15 to 49, victims of these attacks. South Asia and sub-Saharan Africa are also badly affected.

Southern Europe, on the other hand, has the lowest rate with 16%. “This may be due to the fact that women have more possibilities to leave an abusive relationship, with more access to services and more important legal protections”, notes the author. The WHO boss called on governments to act because, “unlike Covid-19, violence against women cannot be stopped with a vaccine”.

Share
Facebook
Twitter
Pinterest
WhatsApp
Previous articlePackages too expensive, too lazy to cancel … These apps manage your subscriptions for you
Next articleHave you tried teleworking in the countryside or by the sea and regretted it? tell us