Looted painting to be returned to Jewish family in Germany 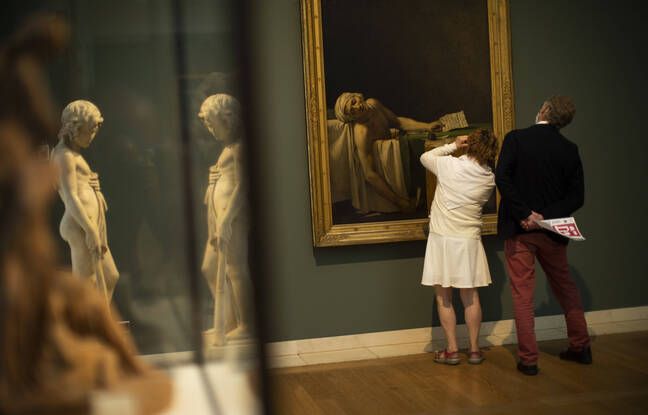 Belgium will return to the descendants of a German Jewish couple looted during World War II a painting housed in the collections of a large museum in the country, the office of the Secretary of State for science policy announced on Wednesday. Floral still life (“Flowers” in French), still life painted in 1913 by Lovis Corinth (1858-1925), was in the collections of the Royal Museums of Fine Arts in Brussels, among the thirty or so works of dubious origin, probably stolen during the war.

The painting, an oil on canvas of modest size (81 cm x 66 cm), was listed on the museum’s website as follows: “Unknown collection, stolen by the Einsatzstab Reichsleiter Rosenberg (an official branch of the Third Reich, Editor’s note), recovered by Leo Van Puyvelde after the liberation of Brussels, transferred to the Office for Economic Recovery and sold in 1951 to the Royal Museums of Fine Arts of Belgium ”. After decades of analysis and research, it was established that the painting had been stolen from a warehouse in Brussels, where a family of German Jews fleeing Nazism had transited on their way to England.

The web was stolen at the start of the war

In their flight, Gustav and Emma Mayer had indeed had to part with part of their property, and a box which contained among other things the canvas had been stolen at the start of the war in this place acting as a storage room. In a letter sent on May 26 to the German lawyers for the couple’s grandchildren, Secretary of State Thomas Dermine officially gave the Belgian State’s agreement to this surrender.

Once the restitution has materialized (the modalities have not yet been fixed), the descendants will be asked to reimburse the German authorities about 4,100 euros, or the estimated value of the painting. At the end of the 1960s, the Mayer family had already been compensated in Germany for all the property looted from Gustav and Emma, ​​and it was a question of “avoiding double compensation” (restitution and restitution), he said. -on underlined in the cabinet of Mr. Dermine.

Belgium, it is recalled, has complied with the principles adopted at the Washington Conference (1998) on cultural property looted and missing during the Nazi occupation. A commission placed under the authority of the Belgian Prime Minister worked between 1998 and 2001 on Jewish property looted in Belgium, which resulted in the passage of a law opening the right to compensation.

In 2008, another commission in charge of compensation had identified “5,210 spoliations files”. Most of the property has been returned, according to the services of Mr. Dermine, who specify that the Mayer family had made no claim for compensation in Belgium. Thomas Dermine praised “a small gesture” of the Belgian State, which “repairs cowardly spoliation”.