Looting and arson spread to Johannesburg 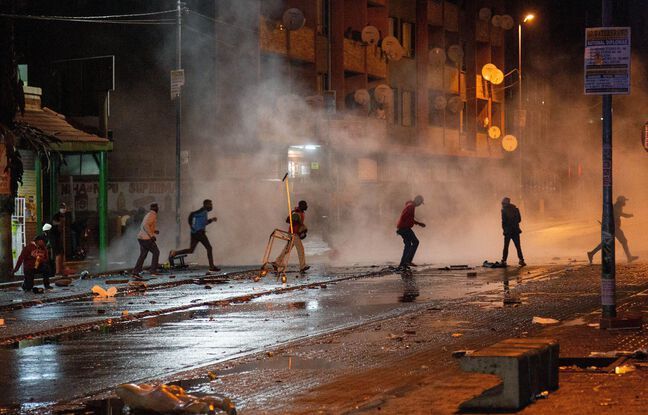 South Africa lives this Monday its fourth day of violence initially triggered by the imprisonment of former President Jacob Zuma. The first incidents broke out in Zulu country (East), where Jacob Zuma is from and where he was also taken prisoner to comply with an ultimatum issued by the courts.

They then spread in the country, but today no longer seem to have any real connection with this diplomatic fact. In Johannesburg, mainly in the poorest neighborhoods, the Zuma affair is largely irrelevant. Here, the engine is food, economic: odd jobs and survival in resourceful mode have been hampered since the end of June by the restrictions imposed due to a third wave of deadly pandemic.

On Monday morning, gray carcasses of burnt cars littered the streets of central Johannesburg and other neighborhoods stormed the day before. The police, widely deployed and whose helicopters fly over the megalopolis, had already arrested 219 people Monday morning between the economic capital of the country and the Zulu region. The army announced at midday that it would lend a hand to the police in this province, as in the economic capital of the country, to put an end to the overflows.

Local televisions showed live scenes of businesses robbed by groups in a hurry, chased by police firing rubber bullets to disperse them. In the footage, the Brookside Mall in Pietermaritzburg can be seen on fire and looters rushing towards the entrance to the building, others coming out with shopping carts full of stolen goods. Police confirmed a death the day before, in the streets of Jeppe neighborhood, a security guard shot in the head according to witnesses.

Meanwhile, the Constitutional Court, which sentenced Jacob Zuma to 15 months in prison for contempt at the end of June, was reviewing his sentence. Jacob Zuma was found guilty by this court “because he was summoned to appear” before the commission investigating state corruption under his presidency (2009-2018) “and he did not appear”, recalled Judge Mbuyiseli Madlanga. The former president played cat and mouse with this commission, which has already heard about forty testimonies implicating him, using every conceivable pretext to evade his subpoenas.

Jacob Zuma’s lawyer is expected to plead once again that his 79-year-old client is too old to be imprisoned and that he risks contracting the Covid in prison in particular, arguments already rejected last week by a lower court. Jacob Zuma, who has been sleeping since Thursday in the modern prison of Estcourt, in Zulu country, will be able to claim, like any prisoner, for parole after serving a quarter of his sentence, or nearly four months, recalled the Minister of Justice .