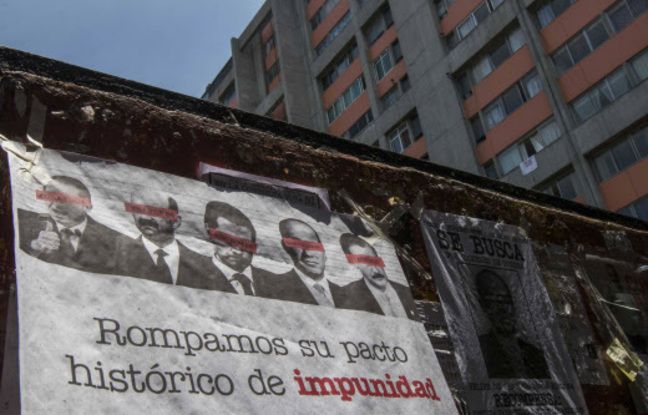 It was to be an exercise in participatory democracy. Failed exercise, since the referendum called Sunday in Mexico had a very low turnout, far from the required quorum, according to an official estimate. The referendum, launched by President Andres Manuel Lopez Obrador, focused on whether to investigate and prosecute five former presidents for alleged corruption

The final results will be known on Monday and “sent to the Supreme Court to determine their legal effects,” said Lorenzo Cordova. For the result of the vote to be binding, 37.4 million people – or 40% of voters – had to participate. Some 57,000 ballot boxes were installed by the Electoral Institute, against more than 160,000 for the legislative elections in June.

Andres Manuel Lopez Obrador, self-proclaimed anti-corruption champion, argued that this public consultation would strengthen participatory democracy in Mexico. But his detractors saw it only as a political coup. In Mexico, former presidents can be tried like any other citizen, and critics have claimed the referendum was unnecessary.

Five ex-presidents in the sights

Although the ballot is an idea of ​​the Head of State, the first left-wing president of the country has ruled out voting himself because he does not want “corrupt and hypocritical conservatism” to accuse him of retribution. The proposed referendum question pointed to five of his predecessors, all right-wing – Carlos Salinas, Ernesto Zedillo, Vicente Fox, Felipe Calderon and Enrique Pena Nieto – whose terms ran from 1988 to 2018. But the Supreme Court changed it to a more ambiguous alternative.

“It’s not very sexy. Even lawyers don’t understand, ”observes analyst Paula Sofia Vazquez. The question reads as follows: “Do you agree or not that relevant actions be taken, in accordance with the constitutional and legal framework, to undertake a process of clarifying the political decisions taken in recent years by political actors, aimed at to guarantee justice and the rights of potential victims? “

Omar Garcia, a survivor of the disappearance and alleged murder of 43 students in 2014, allegedly at the hands of corrupt police and drug traffickers, however, felt that listening to the people was valid even if it was not binding. “This referendum encourages an end to impunity,” he said.

After the fire, chemistry at the bedside of the winegrowers