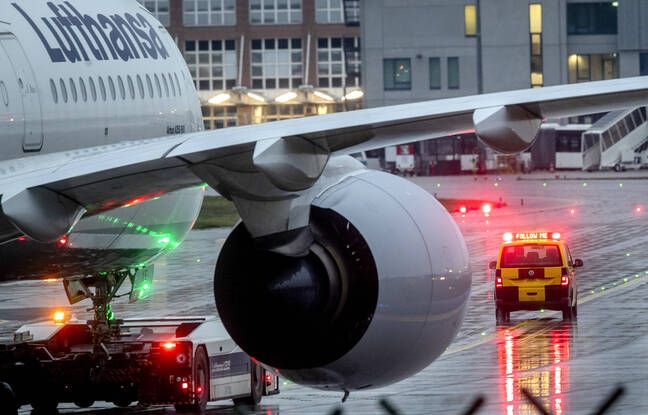 The coronavirus has brought Lufthansa more than a knee to the ground, the company only owing its salvation to a rescue plan from the German state. The leading European air transport group suffered in 2020 a record loss of 6.7 billion euros and also forecasts a year 2021 in the red due to the Covid-19 pandemic, which has plunged the sector into a crisis without previous.

The company, which in 2020 only operated 31% of the capacity offered, has once again lowered its demand forecasts for 2021 due to a slower recovery in travel. It does not foresee a return to 90% of the 2019 supply until “the middle of the decade”.

For Lufthansa, like the entire airline industry, the short respite offered by the summer holidays against the backdrop of a slowing pandemic in Europe has vanished in the face of the resurgence of the disease and the new travel restrictions in place since the fall. . Concretely, Lufthansa expects to reach between 40% and 50% of the offer over the whole of this year, whereas it had hoped for up to 60% previously. The group says it is prepared for peaks of 70% maximum this summer. The International Air Transport Association (Iata) warned last week that global traffic should only represent between 33% and 38% of what it was in 2019, a recovery slower than expected.

“We are calculating with higher demand from this summer, when travel restrictions will be reduced with the dissemination of tests and vaccines,” explains boss Carsten Spohr. To return to a positive cash flow, Lufthansa must reach 50% of the level before the crisis, while the group is currently “burning” 300 million euros per month. However, this remains less than the sum of a million per hour at the height of the health crisis.

Up to 30,000 jobs are threatened within the company, which has however concluded agreements with the unions to avoid dry layoffs until March 2022 in return for several hundred million euros in savings. The group will also part with some 150 planes in its fleet, while 500 of the 800 machines are still grounded. Lufthansa also benefited in June from a massive bailout package of 9 billion euros from the German government, which took a 25% stake, of which it has used 3.3 billion so far.