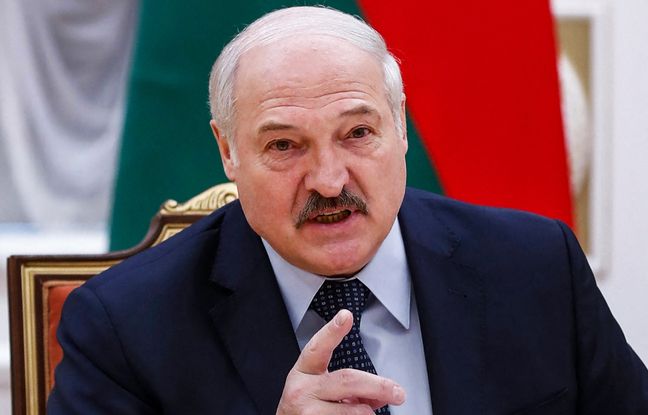 Belarusian President Alexander Loukachenko announced on Friday that he had “completed a vast anti-terrorist operation”. “Terrorist sleeper cells were dismantled today, the so-called self-defense units”, he said, quoted by his press service, during a ceremony on the occasion of the 30 years of the independence of this former Soviet republic.

“The objective of these cells” linked according to the Belarusian President to Germany, Ukraine, the United States, Poland and Lithuania, was to “overthrow the regime by violence”, assured Alexander Lukashenko, 66 years old, including nearly 27 years in power. According to him, the cell activities were coordinated via a channel on the Telegram messaging system, dubbed “Self-defense regiments of Belarus” which had 2,500 subscribers and belonged to a “German citizen”.

These forces recently tried to detonate a Russian naval communication center located in the Belarusian town of Vileika, a hundred kilometers northwest of Minsk, assured Alexander Lukashenko, specifying that he spoke on the phone this week with his Russian counterpart Vladimir Putin. “All the participants in this terrorist act (…) were found within 48 hours and arrested,” he declared.

He also said that “a huge number of weapons were pouring into Belarus from Ukraine”, announcing that he had ordered Belarusian border guards to “permanently close the border with Ukraine”. The president also said that the country’s special services had foiled on the night of Thursday to Friday an attempt to assassinate a journalist and presenter of a public television channel, Grigori Azarenok, known for his words in support of the diet. “We wanted to take him to a forest and cut his tongue,” assured Alexander Lukashenko.

The West accused of wanting to “destabilize” the country

With the support of Russia, Alexander Lukashenko has already accused the West on several occasions of wanting to “destabilize” his country in order to change the regime. The statements on Friday come as Belarus announced on Monday the suspension of its participation in the EU’s Eastern Partnership and the recall of its ambassador to Brussels in retaliation for European sanctions decided on due to political repression in the country.

Tensions between Minsk and the Europeans have only grown since the crackdown on a historic post-election protest movement in 2020, which continued with the interception in May of an airliner and the arrest of an opponent on board. Belarus is located at the gates of the European Union, with common borders with Poland and Lithuania in particular.