Lula talks about the “biggest genocide” in Brazilian history 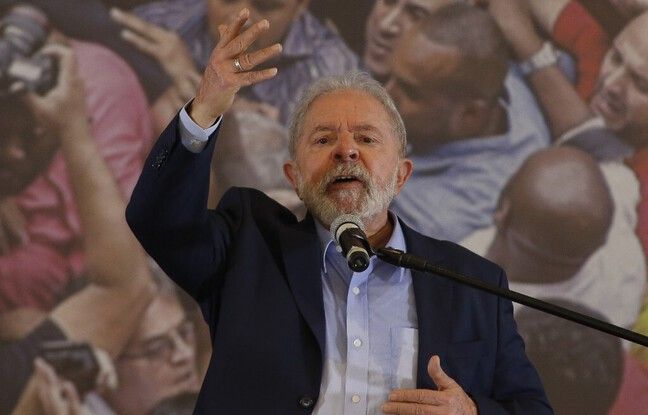 Former Brazilian President Lula believes that the current head of state Jair Bolsonaro should “apologize” if he “had a little grandeur” for his management of the Covid-19 pandemic, “the biggest genocide ”in the history of Brazil, in an interview with the German weekly Der Spiegel, published Friday.

The ex-Brazilian president is again eligible to face Jair Bolsonaro in the presidential election of 2022. “Our attention must not be focused on the elections of next year, but on the fight against the virus and the vaccination of the population , he said, however. We must save Brazil from Covid-19. ”

Bolsonaro “does not take the Covid seriously”

Brazil recorded for the first time more than 100,000 new cases of Covid-19 in 24 hours, while the epidemic has already killed more than 300,000 there. Which makes it the country with the highest number of coronavirus deaths and infections after the United States. “A president cannot know everything. But he (Jair Bolsonaro) should have the humility to consult people who know more than him, ”says Lula.

The current president should, according to him, “meet with scientists, doctors, governors and ministers of health in order to develop a plan to defeat the Covid”. Jair Bolsonaro, even if he now wears a mask, “does not take the Covid seriously”, accuses the former leader.

“If he had a little height, he would have apologized”

And Lula to deliver a severe indictment against the current president: “He does not believe in vaccinations, he spent a fortune on a drug called hydroxychloroquine, even if it has been proven to do no good.”

“Those who used masks, he called them queers.” For a year he didn’t take this virus seriously and told us lies. For a year, he provoked all those who did not agree with him, ”criticizes the former president.

“If he had a bit of grandeur, he would have apologized to the families of the 300,000 dead from Covid and millions of people infected,” he accuses. “It is our responsibility, to us Brazilians, to arrest this man and to restore democracy in the country”, warns the ex-president, for whom “never in history have we had such an irresponsible president “.

Parts of the project could be implemented before 2022, announces Gabriel Attal