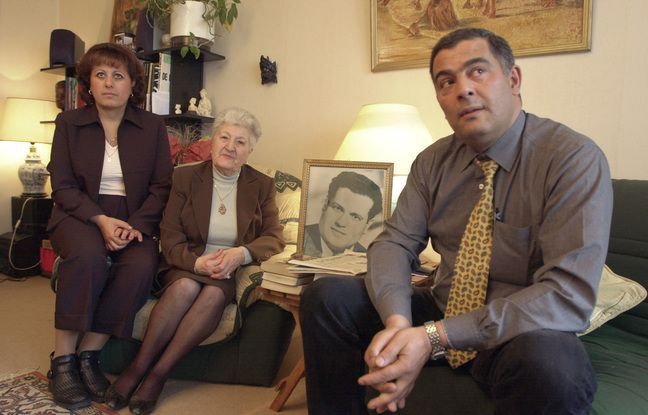 A small step to look his past in the face. Emmanuel Macron acknowledged on Tuesday, “in the name of France”, that the lawyer and nationalist leader Ali Boumendjel was “tortured and murdered” by the French army during the Algerian war in 1957, announced the Elysee, a murder at the time disguised as suicide.

This recognition, which the Head of State himself announced to Ali Boumendjel’s grandchildren when he received them on Tuesday, is one of the calming gestures recommended by historian Benjamin Stora in his report on colonization and Algerian War, in order to resolve the tensions around the memory of this conflict. The activist’s widow, Malika Boumendjel, died last year at age 101 after having fought all her life for the French state to recognize the truth.

“Make up crime as suicide”

“At the heart of the Battle of Algiers, he was arrested by the French army, placed in solitary confinement, tortured, then assassinated on March 23, 1957”, details the Elysee in a press release. In 2000, “Paul Aussaresses (former head of intelligence in Algiers) himself confessed to having ordered one of his subordinates to kill him and disguise the crime as suicide.”

“Today, the President of the Republic received at the Elysée Palace four of Ali Boumendjel’s grandchildren to tell them, on behalf of France, what Malika Boumendjel would have liked to hear: Ali Boumendjel did not is not committed suicide. He was tortured and then murdered, ”adds the French presidency. “He also told them of his desire to continue the work started several years ago to collect testimonies and encourage the work of historians by opening the archives, in order to give all the families of the missing, on both sides of the Mediterranean, the means of knowing the truth ”.

This gesture “is not an isolated act”, promises the president in this press release. “No crime, no atrocity committed by anyone during the Algerian War can be excused or concealed”.

“This work will be extended and deepened over the coming months, so that we can move forward towards appeasement and reconciliation”, concludes the press release, which pleads for “to look history in the face, to recognize the truth of the facts” for ” reconciliation of memories ”.

“The generation of Ali Boumendjel’s grandchildren must be able to build their destiny, far from the two ruts of amnesia and resentment. It is for them now, for the French and Algerian youth, that we must advance on the path of truth, the only one which can lead to the reconciliation of memories, ”specifies the Elysee. Last month, Ali Boumendjel’s niece, Fadela Boumendjel-Chitour, denounced a “lie of the (French) state which was devastating”.