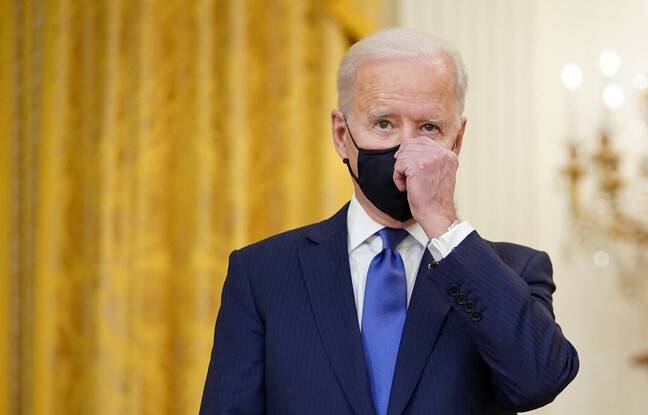 As Joe Biden’s presidency nears 50 days, a member of the new presidential team is already on the move. It is Major, the young and fiery German Shepherd of the American president, guilty of aggressive behavior.

Joe Biden’s dog allegedly bit a White House security officer, according to CNN. He was returned, along with his companion Champ, the President’s other dog, to Wilmington, the former home of the Biden. This exile should however be only temporary and the two dogs should find the prestigious address of 1600 Pennsylvania Avenue. And be able to frolic again on the vast lawns with the obelisk of the Washington Monument in the background.

Here is the first fired from the Biden administration pic.twitter.com/vvlSj1EqeT

Asked Tuesday morning on MSNBC, Jen Psaki, spokeswoman for the White House, remained voluntarily evasive on the incident but insisted on one point: Champ and Major “are part of the Biden family”. Arriving at the White House a few days after Joe and Jill, Major, 3, and Champ, ten years his senior, quickly rose to fame. Major had already been talked about at the end of November, when Joe Biden, already elected but not yet president, broke his foot while playing with him.

The first dog from a shelter to settle in the White House, he was adopted by the Biden at the end of 2018. “We asked the vet: what can we do to keep Champ in good shape? He told us: take a young dog, ”Joe Biden recounted a few weeks ago.

Staged during the campaign

But in an interview with NBC, First Lady Jill Biden explained that adjusting to presidential life – and some form of fame – was not straightforward. “We have an old dog and a very young dog,” she said. “They have to take the elevator, which they are not used to. They must go out on the south lawn with a lot of people watching them… ”.

“Maybe I’m a little biased but I think Champ and Major would make great First Dogs! »: During the campaign, Joe Biden regularly staged his two German Shepherds. And since coming to power, he has continued in the same vein, especially posting photos where they are seen in the Oval Office during a meeting with his advisers.

He also posed with his two dogs in front of the famous Resolute desk, supporting the caption: “Few people have access to the Oval Office. I’m happy to report that these two are on the list ”. The 46th president in history is part of a long tradition: for more than a century, all the tenants of the White House have, at one time or another, had a dog. With one exception: Donald Trump.