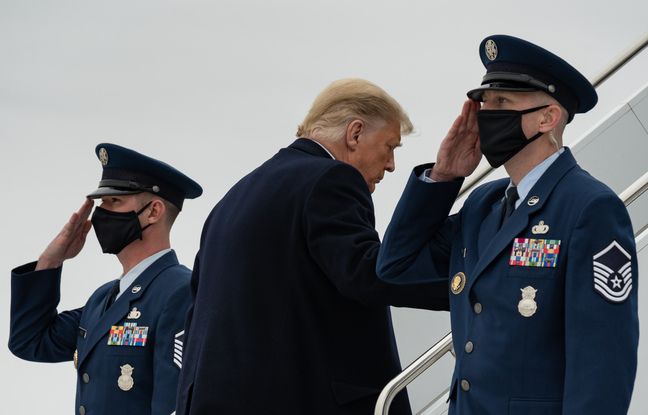 We wish the chartered accountants a lot of fun. The services of Manhattan prosecutor Cyrus Vance obtained the tax returns of Donald Trump on Monday, a spokesperson told AFP on Thursday, immediately after the site: a last resort from the former US president. According to CNN, the documents, which cover eight years of tax returns, represent “several million” pages.

The prosecutor demanded these documents as part of an investigation initially focused on payments made, before the 2016 presidential election, to two alleged mistresses of the billionaire, and now extended to allegations of tax fraud, insurance fraud or bank fraud.

Among the documents requested by the prosecution were the tax returns of Donald Trump over eight years, from 2011 to 2018, as well as those of the Trump Organization, the conglomerate that manages its various activities.

Cyrus Vance, who has been investigating Donald Trump’s finances for several years, should quickly present his case to the popular grand jury, which will be responsible for ruling on a possible indictment of the former US president.

Trump suspected of inflating or reducing the value of his assets

Since the first request, at the beginning of August 2019, Donald Trump and his lawyers will have battled head to foot to prevent the transmission of these documents by the Mazars cabinet, which manages the accounts of the former head of state.

According to US media, Cyrus Vance investigators recently interviewed employees of Deutsche Bank, the last major banking institution still in business with Donald Trump and his group, and his insurance company, Aon. They also re-questioned former Donald Trump lawyer Michael Cohen, who told Congress that his ex-client and his company artificially inflated their assets to apply for loans, then reduced them when paying taxes.

Donald Trump has always refused to publish his tax returns, breaking with a tradition that dates back to Richard Nixon half a century ago. In September 2020, the New York Times, after obtaining nearly two decades of tax documents, had published a major investigation claiming that Donald Trump had managed to reduce his tax bill to zero in 11 of the 18 years of records obtained. Donald Trump is not currently the subject of any criminal prosecution, even if, in addition to the investigations of Cyrus Vance, he is the target of numerous investigations, most of them in a civilian setting.

Share
Facebook
Twitter
Pinterest
WhatsApp
Previous articleUp to 60,000 euros fine for the Spaniards who refuse the vaccine? Please note, this law only concerns Galicia
Next articleOn the Rangueil campus, 1,000 m2 of micro-forest will be closely monitored by scientists